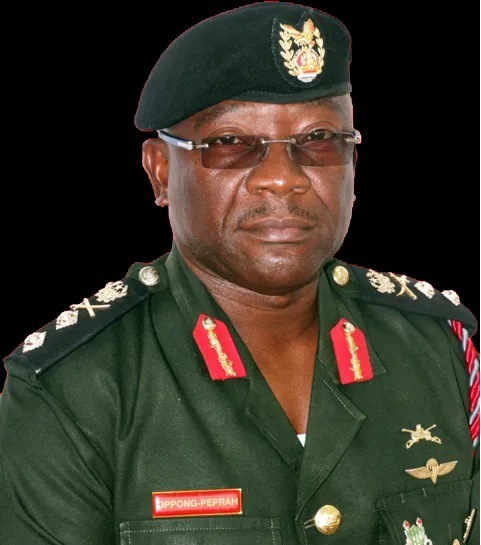 President Nana Addo Dankwa Akufo-Addo, in consultation with the Council of State, has appointed Major General Thomas Oppong-Peprah as the new Chief of Army Staff of the Ghana Armed Forces (GAF).

A statement from the Presidency said his appointment takes effect from Tuesday, February 18, 2020.
He replaces Major General William Ayamdo, who has completed his tour of duty and has retired from the GAF.

Until his new appointment, Maj. Gen Oppong-Peprah, was the Chief of Staff at General Headquarters.

President Akufo-Addo, has also on the recommendation of the Armed Forces Council, appointed Commodore Issah Adams Yakubu as the new Chief of Staff at the General Headquarters, effective from Wednesday, February 19.
Commodore Yakubu, the statement said, has been promoted to the rank of Rear Admiral.

This follows the completion of duty and subsequent retirement of Maj. Gen Omane Agyekum.

Brig. Gen Awity, the statement said has been promoted to the rank of Major General, with his new appointment and promotion taking effect same day – Wednesday, February 19.

President Akufo-Addo thanked the retired military chiefs for their dedicated and meritorious services to the GAF and to the nation.

No Point In Keeping The Council of State; Scrap It – Oduro Osae