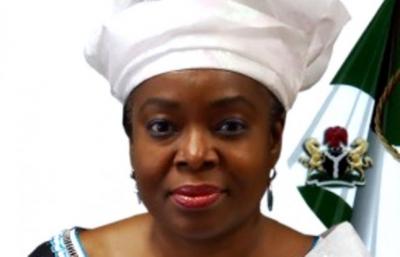 Chief Jumoke Akinjide, the Minister of State for Federal Capital Territory (FCT),?on Monday?said that a vote for President Goodluck Jonathan in the upcoming general elections would be a vote for press freedom.
Akinjide stated this at a Peoples? Democratic Party (PDP) rally at Ibadan North Local Government Area.
She said that unlike the repealed Decree 4, which was promulgated by the regime of Gen. Muhammadu Buhari in 1984 to gag the media, Jonathan gave the press freedom of expression.
“You will recall that with Buhari as the Head of State, there was no freedom of expression and speech, with journalists and freedom fighters being clamped into prisons.
“President Jonathan never did this. Instead, he allowed the Freedom of Information bill (FOI) to be signed into law.
?Your vote for Jonathan will, therefore, ensure your freedom of speech and expression,” she said.
The Minister also commended Jonathan for allowing a fair representation of women in his administration, stressing that ??in addition to this, the president has also remained a good friend to farmers in the nation??.
“Come?Feb. 14, let your vote for Jonathan be a Valentine?s present for him,” she said.
She also described Sen. Teslim Folarin, the governorship candidate of the party in the state, as younger, more capable and competent than the tested candidates of other parties.
“He is my younger brother and he has promised to work with Jonathan to ensure that we secure the creation of Ibadan state,” she said.
In his address, Folarin said that opposition parties which had before said that they would go to sleep if he should emerge as PDP’s flag bearer could no longer sleep.
“Now that I have emerged, they can no longer sleep. They have been tearing my posters all over the place and destroying our bill boards.
?Vote them out,” he said.

PACJA Urges Africa to Press for Fair Compensation at COP 26

Rights to freedom are essential to democratic governance