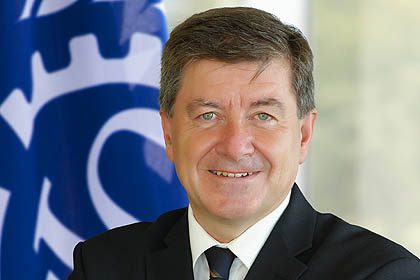 ?Promoting decent jobs for women is imperative, now and for the next generation? Guy Ryder, International Labour Organisation (ILO) Director-General, has said.

Ryder made these remarks in a statement issued on the occasion of International Women?s Day, which falls on Sunday, March 8, 2015, copied to the Ghana News Agency on Saturday.

He said two decades ago the Fourth World Conference on Women in Beijing adopted a visionary and far-reaching Declaration and Platform for Action on gender equality and women?s empowerment.

He said globally, only about half the world?s women were in the labour force, compared to nearly 80 per cent of men ? a figure basically unchanged in 20 years.

He said a large gender pay-gap had not narrowed much, with women still earning on average 23 per cent less than men; and new evidence was emerging that mothers suffered a wage penalty, often over and above the gender pay gap.

The Director-General said the percentage of women in top management and in positions of political leadership had improved; but women head up only five per cent of fortune 500 companies and only one out of 12 governments worldwide.

He pointed out that the percentage of women who worked as self-employed or unpaid family members had declined; but women remained over-represented in low-wage employment.

?We cannot accept that at current rates of change, it may take more than 70 years for women to achieve equal pay status with men.

?Nor can we accept that one out of every three women today will suffer some form of physical and/or sexual violence that cripples their ability to work,? he said.

?On this International Women?s Day, it?s time to ask the hard questions. This anniversary should spur us to act, to rethink and to innovate. What needs to be done??

Ryder said the services and facilities that recognised, valued and supported care work, either paid or unpaid, were generally lacking.

The Director-General said equality for women at work benefits everyone. We need to show men why they need to be part of the conversation, and part of the solution.

He said the inclusion of men in gender equality strategies would be necessary to accelerate change ? gender equality is about all women and men, and benefits individuals, families, workplaces and societies.

In Malawi, young mothers gain the financial independence to support their families