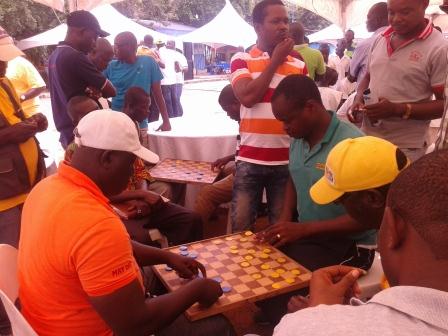 The union referred to the payment of paltry pensions to retirees.

A statement issued by the Accra Branch of the PSWU in Accra, by Ben Sam, Chairman and Rudolph Adaboro Mba, Secretary and copied to the Ghana News Agency, noted that the attitude of some SSNIT workers towards pensioners is unfriendly and called for change in approach.

It said the Customer Service Department of the Trust treats clients with disrespect and asked the Board of Trustees to terminate the services.

The statement said on the occasion of the 50th anniversary of SSNIT, the Scheme should conduct self-examination and focus on its core mandate of providing stated contingencies for the working population – old age, invalidity and death, as enshrined in Act 2008 (Act 766).

It expressed opposition to the advertised projects to commemorate the anniversary such as the construction of police stations, sports complex and children’s library since they are outside the core mandate of SSNIT.

The statement noted that instead of spending workers monies extravagantly in the name of the anniversary, such funds should be channeled to better the lot of pensioners.

It asked SSNIT to carefully assess the economic viability of companies before investing in them, to ensure appreciable returns that would improve pensions to enhance workers standard of living.

It advised SSNIT to extend post-retirement medical coverage to all members of the Scheme and not to its staff alone.

SSNIT should also underwrite medical scheme being operated by the Pensioners Association, where pensioners make payments out of their pension.

The statement said SSNIT is obligated to fast track processes on computing and paying retirement benefits, than to frustrate retirees, compelling them to frequent their offices.