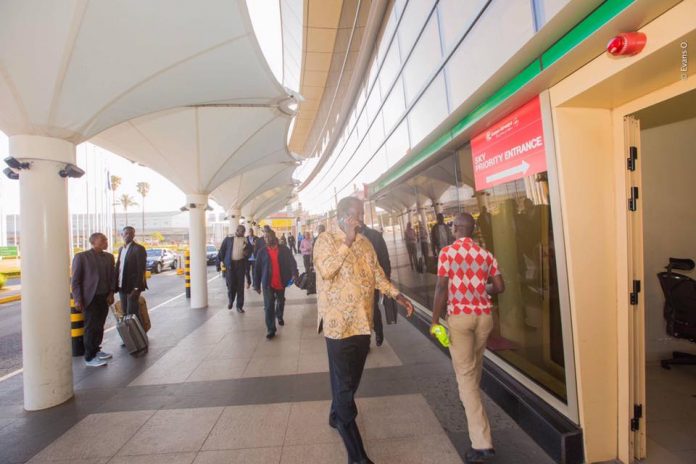 The two in a statement issued on Friday morning congratulated outgoing President, John Mahama for his effective leadership of Ghana over the years.

The statement added that, the duo will meet with some members of the incoming government and return to Kenya capital, Nairobi next week.

“While in Ghana, Mr. Odinga and his delegation will meet sections of the new administration. He will return to Nairobi early next week.”

About 11 heads of state and government including those of Togo, Gabon, Liberia, Ivory Coast, Zambia, Benin, Nigeria and Guinea will be in attendance.

The Prime Minister of Ethiopia, Haile Mariam Dessalegn, has arrived in the country ahead of the event, which will have Ivorian President Alhassan Outtarra is special guest of honour.

Two vice-presidents, 13 government representatives, five international representatives of multilateral organisations, and a number of ex-presidents from the continent and other parts of the world are expected to grace the occasion.

Zimbabwe’s Morgan Tsvangirai and Uganda’s Kizza Besigye, are all expected to attend the swearing-in ceremony.

About 6,000 guests are expected to attend the ceremony with over 5,000 security officers deployed to enforce law and order at the venue.

President John Mahama of the National Democratic Congress (NDC) will be hand over power to Nana Akufo-Addo Addo of the New Patriotic Party on January 7, 2017 after losing the December 7 general elections.