Rangers have blamed a local club for their disqualification from the CAF Confederation Cup and will appeal the decision.

The Nigerian club were kicked out of the CAF Confederation Cup after they fielded an ineligible player, Daniel Emmanuel, versus Sfaxien of Tunisia.

The Tunisian club will now replace Rangers in Group A of the mini-league stage of the competition.

Rangers technical director Innocent Obiekwo said: “This is highly regrettable and an act of sabotage by a Nigerian club. I have it on good authority that Sfaxien paid $60,000 to an official of that club to send the documents with which they protested.

?It is highly regrettable that a Nigerian side can do this to the only surviving club in the continent. But, all hope is not lost as we are appealing this decision.”

“It is not good. We are appealing that decision and the Nigeria Football Federation (NFF) is in the know about this latest development. We are still in contention for the continent.”

The player in the centre of the controversy Emmanuel reserved his comments.

?I don?t have anything to say. It is an administrative matter and I believe it will be sorted out that way too,? he said. 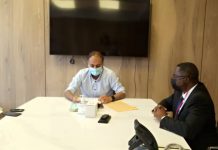