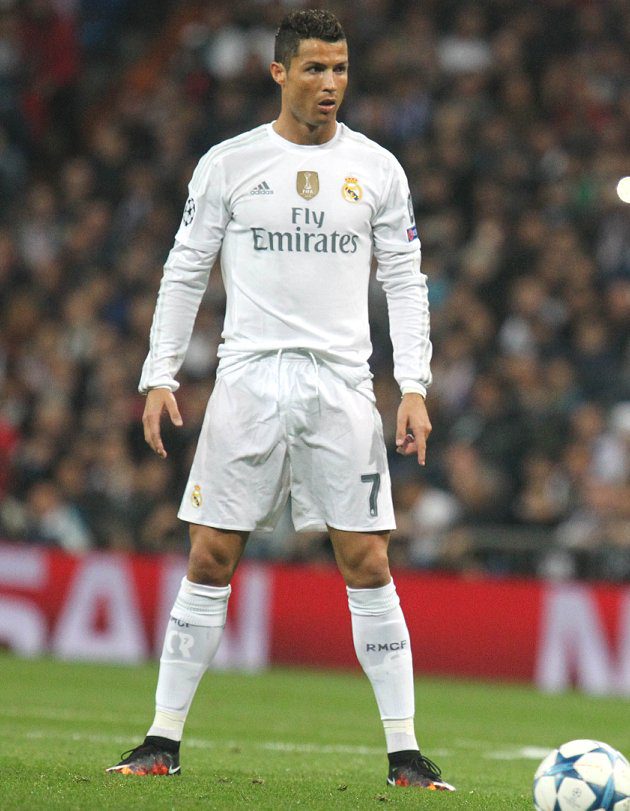 The Portuguese was asked whether the apparently close bond between Lionel Messi, Neymar and Luis Suarez was the reason for a combined goals total 22 better this season than that of himself, Bale and Karim Benzema.

“That’s what you say,” Ronaldo said. “When I was at Manchester United with Paul Scholes, Ryan Giggs and Rio Ferdinand, we only said ‘good morning’ and ‘good night’ and we were formidable on the pitch.

“We don’t give each other kisses and hugs. I don’t have to go to dinner with Bale or Benzema or invite them to my house. What’s important is our understanding on the pitch. Little meals or kisses and hugs don’t mean anything.”

Ronaldo then took issue with a reporter asking about his run of four away games without a goal, getting up to leave before his answer had been translated.

He said: “Can you name one player who has scored more away from home than me since I’ve been in Spain? No, you can’t, there aren’t any. Bye everyone.”

Please click here to visit out World Football page for more news from the English Premier League, La Liga, Bundesliga and all the top leagues in the world.