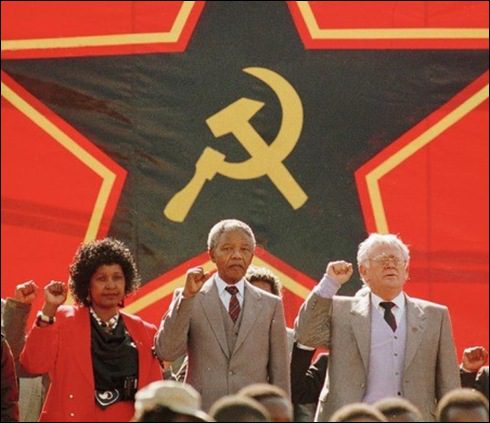 South African Communist Party (SACP) leaders held a special congress July 7-11 where a broad discussion was held on the contemporary situation inside the country as well as internationally. As a close ally of the ruling African National Congress (ANC) and the Congress of South African Trade Unions (COSATU), the SACP has been a leading component of the struggle which overthrew the racist apartheid system of settler-colonialism. In the present government of President Jacob Zuma, Communists hold leading positions in various portfolios and departments.

SACP Secretary General Dr. Blade Nzimande is also the Minister of Higher Education and Training. Nzimande delivered a major report to the Congress outlining the present situation inside the country and globally.

The party says that it has experienced significant growth in the recent period due to the consistency of its ideological orientation but faces challenges related to the political fragmenting of the Congress of South African Trade Unions (COSATU) and the ongoing economic crisis which is international in scope.

In the Secretary General?s report it says that ?It is no secret that we are confronting a very challenging period in our national democratic revolution with risks, threats and but also important opportunities and responsibilities. It is also no secret that across our ANC-led Alliance more and more comrades are turning to the SACP to engage with our collective analysis of the global, regional and national conjuncture and to point to a programmatic line of action. It is no secret that of the different components that constitute our ANC-led alliance, the SACP is the most stable and relatively the most ideologically coherent. The rapid and historically unprecedented growth of our membership – now standing at some 240,000 members attests to this. It is no accident that there are increasing complaints in the right-wing media about the growing influence of the SACP within government and within our Alliance.?

Transforming the National Democratic Revolution in the Current Phase

Nonetheless, the party acknowledges that since the realization of majority rule in South Africa, the ideological trajectory of the world capitalist system has been dominant. The Secretary General?s report reviews the notions of ?The End of History? which were being advanced by pro-capitalist intellectuals and the corporate media after the collapse of the socialist systems in Eastern Europe and the former Soviet Union.

Saying that there was no alternative became a standard phrase utilized during the early years of the ANC ascendancy to political power. The SACP reiterated that there has to be an alternative to capitalism which is socialism.

In the report the party is calling for a renewed radical phase of the National Democratic Revolution. Recognizing that this view is labelled as ?utopian? by the proponents of globalization, which is imperialism in its modern context, the SACP Secretary General?s report called for a total break by South Africa from the world capitalist system.

The SACP analysis stresses that ?In the course of this Political Report we have argued that the changing global, regional and national realities underline the correctness of a strategic path of anti-imperialist, anti-monopoly capital struggle, anchored in an ongoing National Democratic Revolutionary strategy. However, this NDR strategy has to be ?radical? in the sense that it has to radically transform the systemic features of our political economy that continue to reproduce our semi-colonial positioning within the global imperialist system. And this requires building state and popular power capacity to increasingly de-link the fate of our country and its peoples from an imperialist system that is carrying us all into barbarism and irreversible planetary destruction.?

This can only be done according to the Secretary General through the unity of the working class. In emphasizing unity in action the party realizes that the current factional problems which have split COSATU is a major obstacle in advancing the anti-capitalist and anti-imperialist struggle moving towards socialist revolution and reconstruction.

Saying ?The fragmentation of the working class due to, inter-alia, labor brokerage, casualization, outsourcing and retrenchments has shaped the social landscape and dynamics of our urban townships and rural villages. The increased unemployment and the growth of those marginalized from the mainstream economy, provides the crucial link between the restructuring of the workplace and the working class with the political economy of African townships and rural villages. Women, not least because of the critical social reproduction role they play within these localities, constitute an important part of the dynamism of townships and villages. The offensive directed at the organized working class in general, and COSATU in particular, has not only weakened the strength of the trade union movement, but will contribute to the already weakening link between workplace and community struggles.?

Internal problems within the largest of South African trade union federation are being discussed at a special national congress convened on July 13. The expulsion of the National Union of Metal Workers (NUMSA) along with the former Secretary General ZwelinzimaVavi has created tensions within COSATU.

NUMSA was the largest affiliate within COSATU breaking with many within the national leadership over its alliance with the ANC and its failure to campaign for the ruling party in the 2014 national elections. Vavi was suspended and then reinstated during 2014. Earlier in 2015, he was expelled by a meeting of the Central Executive Committee of the federation.

Both NUMSA and Vavi claim that their expulsions were at variance with the federation?s constitution. At the current COSATU special national congress the leadership is saying that there will be no appeals presented on behalf of NUMSA and Vavi.

A new Liberated Metalworkers Union (LIMUSA) was created several months ago and validated at the special national congress. In addition Second Deputy President ZingosaLogi was also accredited to attend the meeting.

However, expelled members of COSATU warned that failure to address their concerns could destroy the federation. Vavi told Eyewitness News that the federation is at risk of final irreparable destruction and that it would not be easy to achieve unity. The former Secretary General continues to saythat he is dismayed at the current situation in the federation.

Vavi noted that ?There is no shortcut to unity unless you have an agenda to split the federation. You can?t dismiss ordinary workers from the federation and then make a claim that you are still interested in unity.? (Eyewitness News, July 13)

Current leaders of COSATU refute the views of Vavi saying that the source of the problems is with those unions and leaders who have been expelled. Meanwhile, COSATU?s First Deputy President Tyotyo James has appealed to divided factions to remain calm during the debate.

?Those who have said that today we are digging COSATU?s grave, we must tell them ?not so?. If you have to differ on any issue do so with respect.? (Eyewitness News, July 13)

Efforts by the SACP along with the ANC to repair the damage done to COSATU, a key constituency within the Tripartite Alliance, will prove to be critical in any efforts to renew the National Democratic Revolution. Unless a politically united trade union movement comes into existence it will be impossible to effectively fight international finance capital and its remaining holds over the South African people.