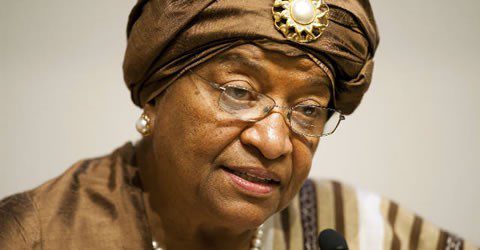 The government of Liberia says that sample doses of the experimental Ebola drug ZMapp will be sent there to treat doctors who have contracted the deadly virus.

The White House and Food and Drug Administration approved the Liberian request for the drug to be made available to them.

Liberia identified itself as the recipient of the drug after the company that makes ZMapp said earlier that its supply was exhausted after fulfilling the request of a West African country, which it did not name.

The delivery of the ZMapp to Liberia follows a request made on Friday from Liberian President Ellen Johnson Sirleaf to President Barack Obama.

The sample doses will be brought to Liberia by a U.S. government representative this week, the Liberian government said.

In the current outbreak, the virus is believed to have infected 1,848 people and killed 1,013, according to WHO’s latest figures.

There are no proven vaccines or drugs to treat Ebola, butZMapp?was given to two American missionaries infected with the disease early last week. Both patients had to give consent to receive the drug, knowing it had never been tested in humans before.?Their conditions are said to be improving.

ZMapp is also being given to Miguel Pajares, a Spanish priest infected with Ebola while working in Liberia, Spain’s Ministry of Heath announced Saturday. The drug was sent from Geneva, Switzerland, to Madrid, where Pajares is being treated in a special isolation unit at Hospital Carlos III.

The patients’ treatment has raised questions about the use of unproven and unlicensed drugs to treat?Ebola?and why these three have received the serum when so many others in West Africa also have the virus.

Medical ethicists, scientific experts and lay people from the countries affected by the Ebola outbreak will discuss the use of unlicensed medicines to combat the virus during the WHO teleconference Monday.

The panel will look at issues including?whether it is ethical to use “unregistered interventions with unknown adverse effects,” and, if so, who should receive them.

WHO last week declared the Ebola outbreak a “public health emergency of international concern.” Since an Ebola?epidemic was declared in Guinea in March, the disease has spread to Sierra Leone,?Liberia?and Nigeria.

On Sunday, Ivory Coast banned flights to and from those countries affected by Ebola.?Emirates this month become the first major international airline to suspend flights?from Guinea, followed by pan-African airline ASKY and smaller regional carrier Arik Air. British Airways stopped its flights to Sierra Leone and Liberia last Tuesday, because of the “deteriorating public health situation.”