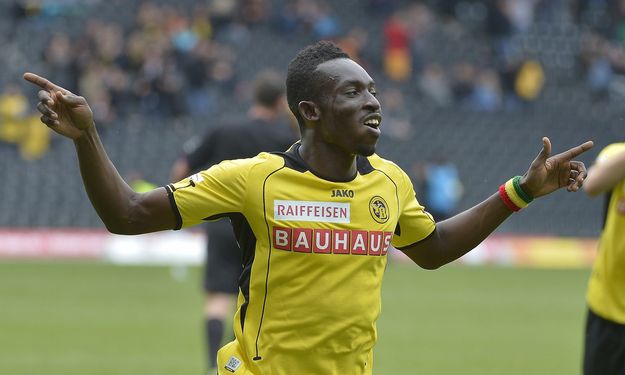 Samuel Afum has joined Xamax on loan from Young Boys

Ghanaian striker Samuel Afum has joined Swiss second-tier side Neuchatel Xamax from top-flight side Young Boys on loan for the reminder of the season.

Afum, 25, has been limited to just seven (7) league appearances this campaign and has moved to better his numbers.

Young Boys new manager  Adi Hütter told the former Hearts of Oak and Ghana U23 striker he was not part of his plans before the resumption of the Super League.

Afum has gone to Xamax in search of regular playing time to rediscover his scoring form.

He joined Young Boys from Egyptian Premier League side FC Smouha and scored just nine (9) goals in 63 appearances for the club.