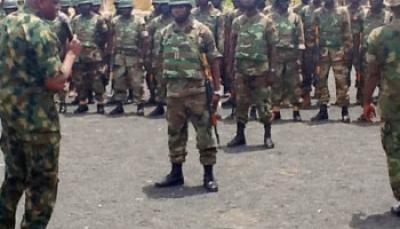 The Saudi military is almost entirely staffed by mercenaries. The?Saudi jets bombing an air defenseless Yemen are piloted by Pakistanis.?Its mid and low level officers are mainly from Jordan and most
ominously for its ability to actually launch a ground invasion, its?rank and file soldiers are almost entirely from Yemen. That’s right, the Saudi army is packed full of Yemeni cannon fodder,?which helps explains its ignominious failure in its war with Yemen?s?Houthi?s in 2009.

Does anyone really believe that the Yemeni soldiers for hire in the?Saudi army are going to willingly, never mind effectively, invade?their own country, leaving a trail of destruction in their wake all?the while killing, and being killed by, their Yemeni brothers and?sisters?

This may explain the reluctance of the Saudi leadership to launch?their promised invasion, especially while the Houthi militia?s are?still an effective fighting force on the ground.

Supposedly Egypt is going to send its army to help invade Yemen, never?mind Yemen being the graveyard for thousands of Egyptian soldiers in?what the late President Nasser called Egypt?s Vietnam in the early-mid
1960?s.

The Egyptian army is made up of mostly illiterate conscripts dragooned?from the poorest sectors of Egyptian society and has been particularly?inept at suppressing the vicious insurgency being waged again
President Al Sisi?s regime in the Sinai. If the Egyptian army cant?even control its own territory it certainly doesn’t bode well for any?foreign misadventures it may undertake.

Of course it takes time to prepare the logistics needed to send a?large fighting force to invade another country so Egyptian boots on?the ground in Yemen may yet happen, but don’t hold your breath.

If Yemeni artillery and rockets start blasting shipping of the ?Saudi?led coalition?, a demand being expressed by massive Yemeni?demonstrations, Egypt wont have much choice. The ?Bab al Mandeb? (so?aptly named ?the gate of tears?) is so narrow that all shipping?traveling through this strategic choke point between the Indian Ocean?and the Red Sea have to pass well within range of even light?artillery. President Al Sisi has already raised the alarm of the?danger if such a disaster should strike, though preventing such is?easier said than done.

And all the while starvation spreads through out Yemen, a country?already one of the hungriest in the world. Yemen is one of the most?food aid dependent countries on the planet importing by some accounts?up to 90% of its food.

The Saudi leadership must figure if they can?t defeat the Yemeni?resistance with their airpower they will cut off all food supplies and?wait for starvation to bring Yemen to its knees?

To help hurry this process up Saudi war planes have already begun?bombing major grain depots in Yemen, as all the while the ?Saudi led?coalition? has prevented all but the equivalent of a couple of truck
loads of supplies flown in by the Red Cross. A couple of truck loads?to feed a food aid dependent country of almost 25 million in the midst?of a barbaric air bombardment?

As the Saudi air force continues to terrorize the Yemeni population?with bombs marked ?made in the USA? and malnutrition turns to outright?starvation the immediate future for the people of Yemen grows darker
by the day.

One thing is certain and that is our world operates under ?the rule of?law?, the law of the jungle that is, and any crime, including imposing?mass starvation will only be met with acquiescence, if not assistance,
as Saudi Arabia?s mercenary army continues its aerial onslaught and?enforced starvation against the people of Yemen.

Source: Thomas C. Mountain has been living and reporting from Eritrea, next?door to Yemen, since 2006. He can be reached at thomascmountain at?gmail dot com or when he is away from the internet, at 2917175665.