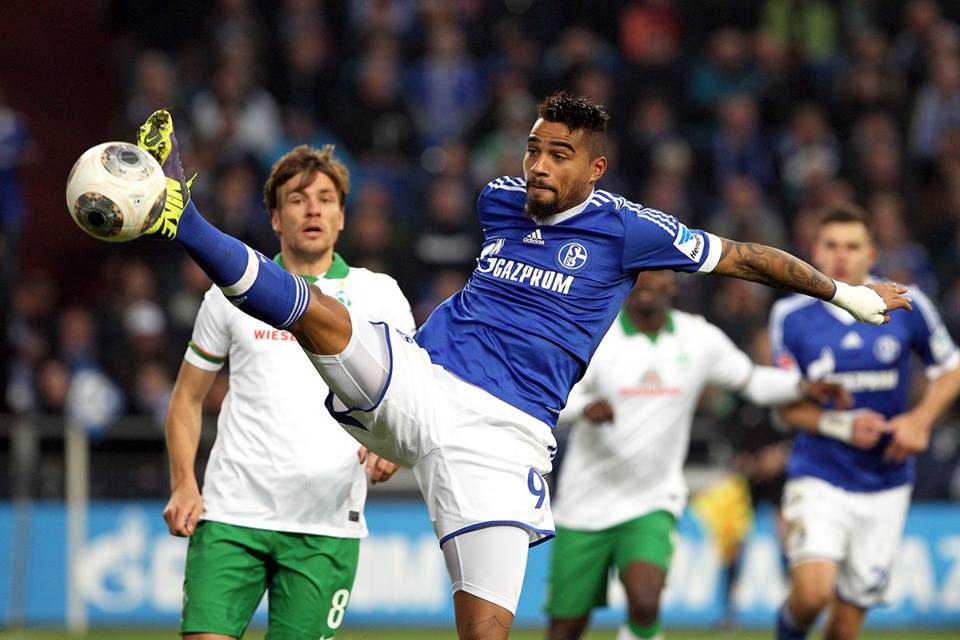 Kevin-Prince Boateng played for Schalke against Bremen on Saturday afternoon

Boateng?s Ghana compatriot Anthony Annan warmed the bench at the Weserstadion as the tie ended in a 1-1 stalemate.

Schalke could have overtaken Borussia Dortmund to go second on the table at least for a few couple of hours and wait for the outcome of Dortmund?s game with Wolfsburg.

But former Chelsea striker Franco di Santo turned home an Eljero Elia cross in the 15th minute to fire the host ahead before Schalke crawl back into the game with settle the scoring with Leon Goretzka equalising for the Royal Blues.

Boateng was deployed in an attacking midfield role as he was played just behind Dutch hit-man Jan Klass-Huntelaar but the connection failed to produce goals for Jens Keller?s side.