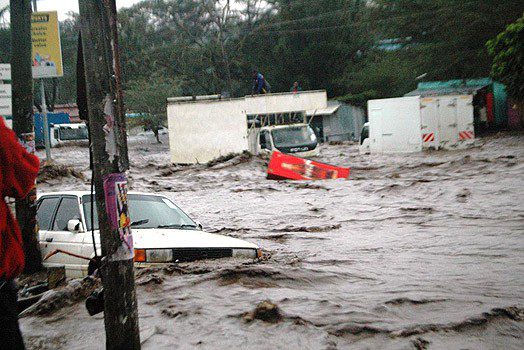 The incident happened when the Danyame Primary School Block collapsed on Justice Adinkra Kosopre, 14, who together with his friends were playing football, while it was raining but decided to pause after a while and seek for shelter in the school building.

At least about 100 households within the Dormaa Municipality were severely affected by the rains with property worth millions of cedis destroyed.

Displaced victims are currently putting up with friends and relatives.

Mr Gordon Kwaku Asubonteng, the Dormaa Municipal Chief Executive, has expressed his deepest condolence to the bereaved families and victims of the disaster.

He led a team of NADMO Officials and the Municipal Police Commander to assess the extent of damage and had sympathised with those affected by the tragedy.

Later addressing a news conference at the Assembly’s Conference Hall to deliberate on issues pertaining to the rain disaster, the MCE said a 14 – member committee has been instituted to find ways to address the needs of the victims.

He announced a 50 packet of roofing sheet in support of victims whose roofs were ripped off and tasked NADMO to assess the situation in Danyame and forward a report to him.

The MCE added that the Municipal Assembly have opened a desk for other victims at the NADMO office, for those affected who have not yet been visited by the NADMO officials to report to enable them find ways to help them.

He appealed to individuals, organisations, philanthropist and churches to extend a hand of support to the victims either in material or financial terms to reduce the burden on the Assembly.