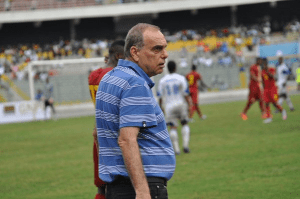 The Israeli has been heavily criticised in the Ghanaian media for his perceived lack of interest in the local league.

The 60-year-old appears interested in swinging from one European country to the other with claims of monitoring Ghanaian players.

Some have suggested the procurement of a scouting software for the former Chelsea boss in a move to keep him in the West African nation.

But Grant has revealed he does not believe in the widely acclaimed scouting softwares, insisting he prefers to see things personally.

“I don’t believe in softwares. I want to monitor players with my eyes. I travel extensively to watch Ghanaian players in Europe. In a week I can watch three players,” Grant told the Ghanaian journalists on Monday.

He is believed to be keeping tabs on Brighton and Hove Albion striker Elvis Manu and in-form Athletic Bilbao hotshot Inaki Williams.

Parents Urged To Support Their Children

I believe in women and our stories – Lydia Forson