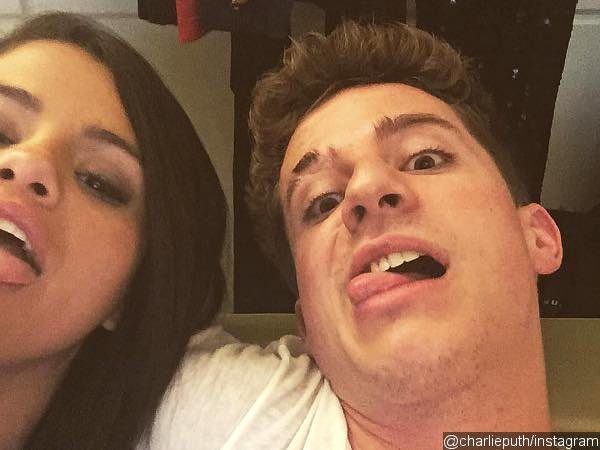 Selena Gomez set the record straight on rumors saying that she?s dating Charlie Puth. The ?Good for You? singer took to Twitter on September 21 to make it clear that their relationship?s no more than friendship.

The rumors began swirling around the social media after Charlie posted on Instagram a selfie with Selena. The photo showed the two getting cozy on a green couch. Selena covered her body with gray blanket while sitting next to Charlie who sported a white T-shirt. The two showed silly faces as they put their tongues out.

Charlie praised the ?Heart Wants What It Wants? singer for her sincerity in a caption for the photo which read, ?The realest and most down to earth person I know. good to know you @selenagomez your album is going to be incredible!?

Shortly after the photo was posted by Charlie, Selena posted on Twitter a photo of her with a guy friend who appeared to be Charlie as he wore the same T-shirt. Selena covered her body with the same gray blanket and sat on a green sofa while putting her hand over her mouth.

Charlie was striking a pose next to Selena with a bag placed over his head. She cheekily captioned it, ?Before it begins, he is a good one. He is MY FRIEND only lol.?