The Shama District Assembly has budgeted aboutGHC 86 million cedis for various development interventions under its 2018 to 2021 medium term development plan. 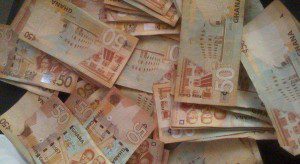 The District would concentrate more on access to potable water and health care facilities to improve the general wellbeing of the inhabitants.

Mr Abu Mahama, the district planning officer who made this known at a validation workshop on the 2018-2021 medium term development plan said a thorough research conducted in 54 communities with more than one hundred and three thousand population revealed that water, sanitation and healthcare was a major development challenge that should be addressed.

The validation workshop formed part of a project being run by the Friends of the Nation, (FON) an NGO on effective citizens engagement.

The project, dubbed “active citizenship initiative”, being implemented in partnership with the shama assembly, OXFAM and NORAD is to promote effective leadership, accountability and transparency in the management of resources.

The District Planning officer said the area continued to witness steady growth in terms of human resources, infrastructure and education but expressed worry at the rate of maternal mortality.

He in this regard called on the private sector and community support in achieving the dictates of the plan for sustainable economic growth.

Earlier, the NGO organised an advocacy meeting for persons living with disabilities to educate them on the Ghana Disability Act for them to use as a tool to demand better service delivery from duty bearers.

He said the lack of Legislative Instrument (LI) to back the Act was also a major hurdle impeding the enforcement of the Act.

Mr Ampofo said the NGO had taken up the project to ensure that the public became aware of the Provision and support in its realisation.

Mr Albert Ababioo, Regional Manager of the Association of Ghana Industries called for constant engagement between the federation and the AGI to explore more business opportunities to better their lives.

He called on financial institutions to have products that supported such persons who wanted to engage in businesses.
GNA/Newsghana.com.gh

Bolgatanga Technical University to run Masters of Technology next year