Companies who want to provide social amenities to their host communities have been advised to consult experts before execution. 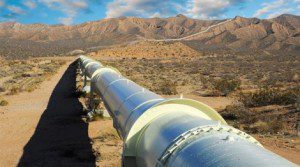 Mr Noi gave the advice during a stakeholders’ forum in Tema organized by the West Africa Gas Pipeline Company (WAPCo) to find workable solutions to some encroachments on the company’s right-of-way.

According to him, experts were only contacted after completion of such projects, when beneficiaries abandoned the amenities due to social defects and other issues.

He stated for instance that even though WAPCo had provided three waste containers for the Bankuman community in Tema Manhean to prevent them from dumping on the Company’s right-of-way, it was not yielding the needed result.

The Head of Waste Management noted that due to the inability of the company to consult his outfit before placing the containers in the community, its lifting had become problematic leading to its overflow and subsequent dumping on the ground.

He further explained that the TMA had zoned the whole of Tema Manhean and given it to Zoomlion Company Limited to lift and empty 23 containers under the National Sanitation Improvement Package.

According to him, even though the Assembly pleaded with the Zoomlion Company to add the three containers placed in the community by WAPCo which was not captured by the initial contract, they sometimes failed to do so since they were not being paid to do so.

Touching on a toilet facility provided for the community by the company, he stated that even though a permit was issued by the Assembly for its construction, his outfit’s advice was not sought.

He explained that instead of connecting the facility to the existing sewer line, a septic tank was constructed, which he said could not hold the soak away which was accumulated with water.

Mr Noi said the technical defect came to his attention after the Assembly referred the issue to his outfit when it became difficult for residents to use the facility.

He indicated that such technical defects could have been taken care of from the planning stage of such projects if the relevant professionals were contacted before implementation.