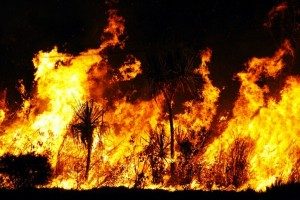 Governor Greg Abbott of the northern U.S. state of Texas declared on Saturday a state of disaster in six of its northern counties after wildfires have killed four people.

The proclamation was made to help clear the way for government assistance in the six counties in the Panhandle area, said a statement by Abbott.

The wildfires, which began on Monday, have burned an estimated 1,935 square km in the Lone Star state, displacing about 10,000 heads of cattle and horses. Enditem