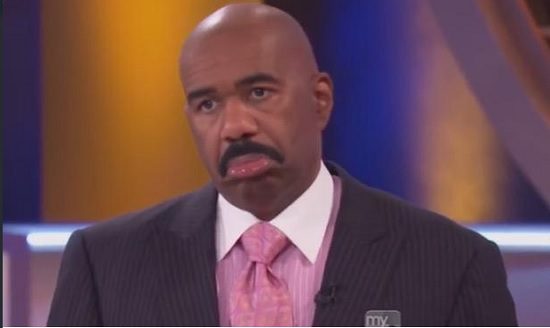 Author Steve Harvey has put his two cents on Bruce Jenner?s decision to transition in a woman.

When asked about his thoughts on the Bruce Jenner transition interview, the Act Like a Lady, Think Like a Man? author said he understands people want to be politically correct that is why they are calling him brave for coming out. However, he can?t make sense of the whole transgender process. His exact words below.

?Everybody says it?s the bravest things they?ve seen, that?s the politically correct thing to say. I can?t wrap my mind around it at all, zero. I have no concept of what that means. Nothing negative, he has every right to live his life the way he wants to, but I can?t come in the house and make that announcement to my wife, to my children nothing.?

?[Diane] covered it all. My wife told me I couldn?t do the interview. She said, ?Your faces are too expressive.??