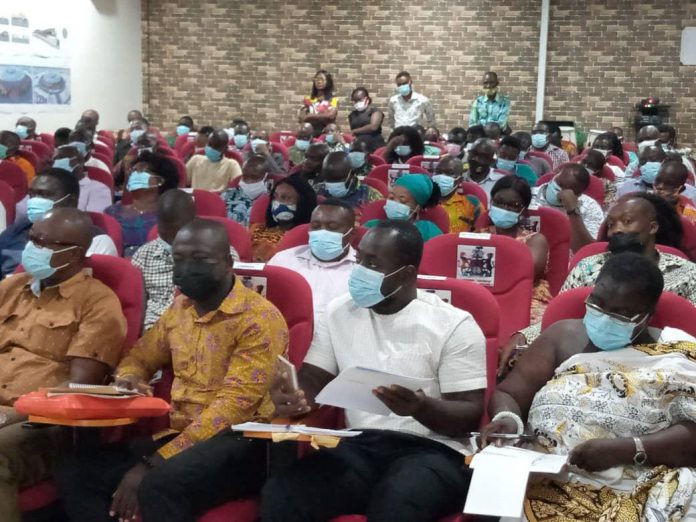 He said the Assembly had therefore ordered landlords whose houses did not have toilet facilities to provide such facilities by the end of July this year.

The MCE said anyone caught defaecting openly would be arrested and prosecuted to serve as a deterrent.

Mr Issah who was speaking at the third ordinary meeting of the first session of the eight assembly, said it was unfortunate for a city that prided itself with oil and gas to be experiencing in this age a menace of open defecation.

Mr Issah pointed out that as part of a campaign launched earlier in April this year to end the act by 2024, billboards have been mounted at three coastal communities- Ngyeresia, Ntontompo and New Takoradi to create the needed awareness.

He noted that many of the perpetrators were mostly youth who live along the coastal communities without toilet facilities in their homes, but did not know that the act was illegal.

The MCE said to that effect, a total of 1000 posters and 1,500 flyers have so far been distributed across the Metropolis to educate the public.

He explained that the measures put in place to combat open defecation in the Metropolis was being funded by a cash award of 125,000 Pounds the assembly received for taking the third position in the 2019 sanitation challenge for Ghana competition.

Mr Issah said about 200 home based places of convenience have been provided for the three coastal communities in the Metropolis.

Touching on other sanitary issues, the MCE announced that 180 wheel barrows, 720 rakes, 540 shovels, 15 pick axes and 720 bass-brooms valued at GHC106,885 have been secured to aid in improving upon cleanliness within the Metropolis.