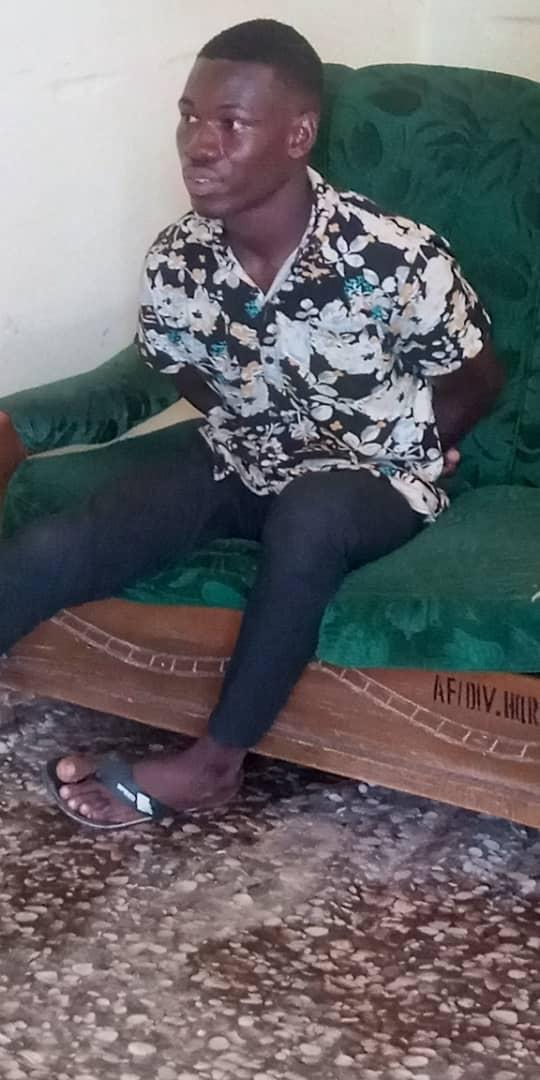 A 20-year-old Senior High School (SHS) student, Patrick Nyarkoh, has been arrested by the Police in Assin-Fosu for allegedly defiled 18-month-old twin-sisters at Nsuta in the Assin South District of the Central Region.

The suspect, admitted the crime but claimed he was under the influence of an unknown evil spirit and pleaded for forgiveness upon his arrest.

“Their mother left them in my care while I was charging my phone in my room. I fell asleep in no time and before I realized, I had sex with the younger of the twins and I believe I was possessed by an unknown evil spirit do so, I am pleading for forgiveness,” he implored as he wept profusely.

Deputy Superintendent of Police (DSP) Daniel Darkoh, the Assin-Fosu Municipal Crime Officer confirmed the incident to the Ghana News Agency (GNA) but could not give further details.

However, the mother of the victims who pleaded anonymity, said she and the suspect are co-tenants at Assin-Nsuta.

She said on Sunday, March 21, she left the girls in the care
The accused to purchase some edibles not far from their house but did not meet the suspect and her daughters at home upon her return.

She said after looking for them for a while she became suspicious that the twins were in the room of Nyarkoh, because he was the only person who was around when she was leaving the house.

She said she forcibly opened the suspect’s door only to find her daughters lying prostate and unconscious with Nyarkoh pretending to be asleep.

According to her, she quickly took hold the girls and the younger of the twins pointed to her vagina while pointing to the suspect where she saw some fluid in their vagina.

She said being terrified she quickly called her husband and shouted for help where her neighbours responded immediately.

The mother said the victims were taken to St. Francis Xavier hospital where it was confirmed that they had been defiled.

An official complaint was made to the police and the suspect was arrested and currently assisting the police in their investigations.

Policeman gets 10 years for extorting money from civilians

“Be careful with voting process to reduce rejected ballots” – NCCE