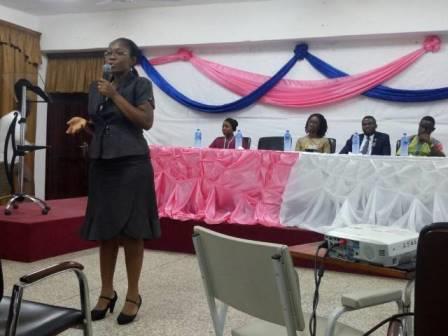 She said students should avoid choosing a career based on pressure from peers or parents, but must first identify their strengths and weaknesses and what they were passionate about; then put all together to solve a particular problem.

Mrs Ahiati said this in an interview with the Ghana News Agency in Accra on the sideline of “Today’s Woman”, an event organised by the University of Professional Studies, Accra (UPSA), Association of Business Administration Students (ABAS) Women’s Commission.

The event, held under the theme: “Your Purpose, Your Brand and Career Choice”, was aimed at motivating and empowering women to accept their social roles as against what our cultural orientation places them.

Mrs Ahiati said tertiary students should note that every human being had a purpose on earth, to address a specific problem and to do this, God has equipped them with the know-how and all it takes to solve that problem.

The Country Managed said linking career choices to societal needs could actually develop their interest to be entrepreneurs, as in the process students would be able to think about what could be done and see every problem as an opportunity to provide solutions.

She said the current graduate unemployment statistics means there are many graduates out there with the intelligence and the capacity to do something but they were not being engaged to do anything.

Mrs Ahiati said at ACCA, they have identified that graduates had the knowledge but were not a perfect fit for industry.

She said they had also identified professional qualification as something that could help bridge the gap.

She said ACCA Ghana was promoting the professional qualification in finance, so that graduates would be ready for the market when they go out there.

She said: “Employers that we work with are always happy to work with people that have the ACCA qualification”.

Mr Collins Agyemang Badu, a lecturer at UPSA, also told GNA that it appeared Ghana as a country was on a good course in terms of advocacy for women inclusion; however, at the tertiary level during training we needed to do more.