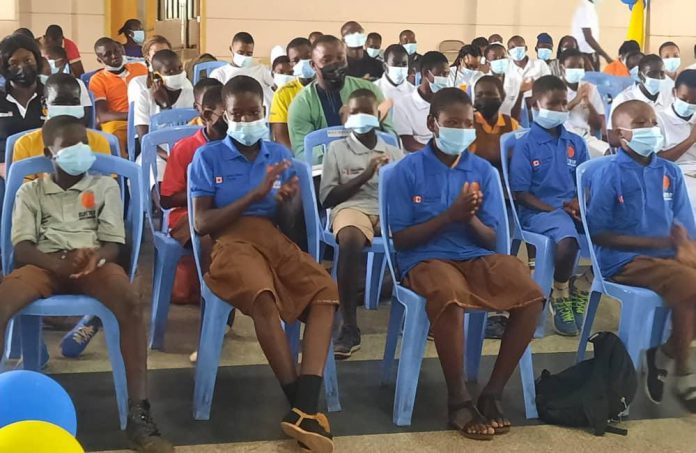 The discrepancy between the age for giving sexual consent and the age for marriage in the country has come up for debate amongst students, who give interesting reasons for review or maintaining the status quo.

The students were drawn from the Kanvili Roman Catholic Junior High School (JHS) in Tamale, and the topic for the debate was “The discrepancy between the age of sexual consent and the age of marriage”.

Those, who spoke for the motion, argued that young people were becoming sexually active at early ages these days, and therefore consenting to and engaging in sexual intercourse at 16 years would make them aware of the dangers involved in sexual affairs and how to protect themselves against such dangers.

They said people could use contraceptives to avoid getting pregnant before the age of marriage, adding that if the age of consent was raised beyond 16 years, many men would become guilty of defilement.

Those, who spoke against the motion, said early marriage and getting pregnant at early age posed danger to especially girls because their body system would not be fully matured at that stage to carry the pregnancy, as well as the psychological effects on their academic pursuits.

They also said early marriage and procreation would lead to rapid population growth resulting in unemployment if there was no opportunity for the people.

The debate was organised in Tamale by Children Believe, an international non-governmental organisation, in partnership with World Vision, Right To Play, Campaign for Female Education, Regional Advisory Information and Network Systems (RAINS), and Departments of Children, and Gender.

It was on the theme: “Act now to end child neglect and abuse”, and formed part of activities to mark this year’s International Day of the African Child.

The International Day of the African Child is celebrated on June 16 every year by the African Union in line with resolution CM/Res.1290(XL) to commemorate the 1976 massacre of Soweto children, who merely took to the streets to demand their right to racism-free education in the then apartheid, South Africa.

Some child rights advocates believe that the discrepancy between the two laws is problematic because sexual intercourse for a girl from age 16 (minor) could lead to pregnancy and the girl could be forced to marry the man, which will then become a child marriage.

Mr Sanday Iddrisu, Northern Regional Director of the Department of Children, who was part of the panel assessing the arguments of the students during the debate, said marriage before sexual intercourse was preferred advising all to stick to that principle rather than engaging in pre-marital sex.

Mrs Esenam Kavi De Souza, Country Manager of Children Believe, whose speech was read on her behalf during the event, said there was a need to consider the laws on age for sexual consent and marriage to help protect children in the country.

Mrs De Souza said “It is important that representations are made to Parliament to equalise the Acts (laws) such that both ages for giving sexual consent, and marriage are made the same. We will call on the new Minister for Gender, Children and Social Protection to complete this matter in Parliament for all stakeholders.”

Representatives from World Vision, Right To Play, and RAINS, and other government representatives including the Commission on Human Rights and Administrative Justice and the Department of Gender took turns to address the event pledging their support for any cause that would make children safe and sound.

Mr Felix Afeti, Cluster Manager for World Vision at Savelugu spoke about abuses faced by children in the country and expressed the need for the enforcement of the laws to ensure that perpetrators of such abuses were punished.