Mr Albert Boakye, Municipal Chief Executive, Ashaiman Municipal Assembly (ASHMA), has said that as farmers and fishermen are being recognised it’s important to support them to embrace new farming technologies and methods to enhance productivity.

He said these technological inputs would ensure that there is sustainable food production and security to meet nutritional needs of the nation’s growing population.

He made the statement during his speech at the Municipality’s Farmers Day celebration held to honour of deserving farmers within the municipality.

The celebration was on the theme: “Enhancing Small Scale Agriculture Towards Agribusiness Development”, awarded 16 hardworking persons within the sector were awarded.

He said commercial farming was the next way to go to improve agribusiness within the municipality.

He said encroachment on farm land by developers, pollution of the canal by dumping of refuse and solid waste should be stopped by perpetrator and that the Assembly had put in place its team to enforce the law against such acts.

Dr John Nunya Agbemenu, Director of Agric for the Municipality said enhancing the approach to Agriculture would make it appealing to the youth.

He said it was good for the youth to join in Agriculture by investing into its projects and benefit from government interventions.

“Investment in Agriculture is not a waste of resources”, he said.

Mr Dotse Anaglate, the overall best farmer in the Municipality expressed his appreciation for the award.

He urged the youth to take up Agriculture as their profession and called on the leaders of the communities to preserve the farmland within the area from further encroachment. 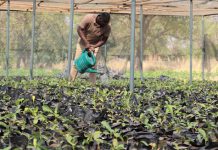 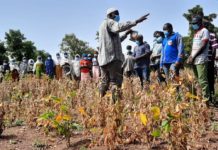 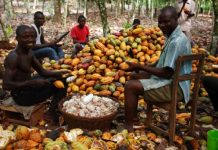