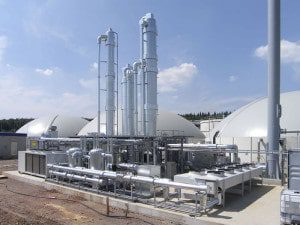 The Tema LNG Import, Storage and Regasification Facility, according to a statement, will provide the Ghana National Petroleum Corporation (GNPC), in its capacity as National Gas Aggregator, with the ability to secure competitively priced liquefied natural gas (LNG) to supplement indigenous gas, providing significant security of fuel supply and unlocking investment in a new wave of power plant capacity expansion. The Tema LNG Facility will have the capacity to fuel over 2,000 MW of power generation.

LNG will significantly cut fuel costs for Ghana’s existing thermal power plants and those which will be developed in the future.

Micoperi announced that it has been selected by Quantum Power, in consultation with its Project partner GNPC, as the Engineering, Procurement and Construction (EPC) contractor to the Tema LNG Facility.

Claudio Bartolotti, Vice President of Micoperi, said in a statement that: “We are delighted to have been selected to execute the EPC for this project of strategic importance, not only for Ghana but also the wider West Africa region. Micoperi’s established experience in Ghana and in delivering similar projects in other markets ensures execution to the highest international standards.”

Matty Vengerik, CEO of Quantum Power, added: “Following the rigorous international EPC tender process which we launched last year, Micoperi has emerged as the successful bidder. We look forward to a professional collaboration to ensure the timely commissioning of this strategic facility, which has the full backing of the Government of Ghana.”

In February 2016, Quantum Power signed an agreement with GNPC for the construction and operation of the Tema LNG Facility.