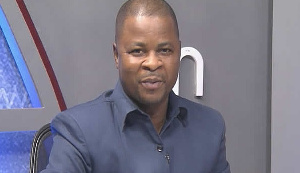 He said all the key stakeholders in the constituency were working closely together to better the lives of the people.

“Through the Infrastructure for Poverty Eradication Programme (IPEP), we are constructing 59 boreholes, through Ghana Gas, 22 boreholes have been completed and handed over whiles the Ministry of Sanitation and Water Resources has completed 10 boreholes.

Through some personal friends of mine, two boreholes have been drilled and the Ministry of Finance in collaboration with the Local Government is also assisting with the construction of 17 boreholes. In total, we have 120 boreholes,” he stated.

The Parliamentary Candidate noted that about 15 schools were under construction with funding from the GetFUND and the MP’s Common Fund, a polyclinic, being constructed with funding from IPEP was almost completed while Wriyanga and Tempane Clinics have been renovated and 15 motorbikes supplied to health workers across the district.

Apart from the six major roads, which were under construction across the district, 53 communities were being connected to the national grid, a project, which was awarded in 2019 through the Rural Electrification Project.

The MP who doubles as the Deputy Attorney General and Minister of Justice said this when he inaugurated the Constituency Campaign Team for the upcoming General Elections.

Mr Kpemka noted that the constituency had received enourmos developmental projects from the government, saying, “Tempane Constituency has the highest number of beneficiaries of MASLOC in the Upper East Region with about 3,000 women beneficiaries and about 24 women groups that will be receiving their loans by next week”, he added.

“We want to assure everybody here that by the kind grace of God, on December 7, we will be the first Constituency to be announced the winner in both presidential and parliamentary because we are on our way to a resounding victory,” the MP assured.