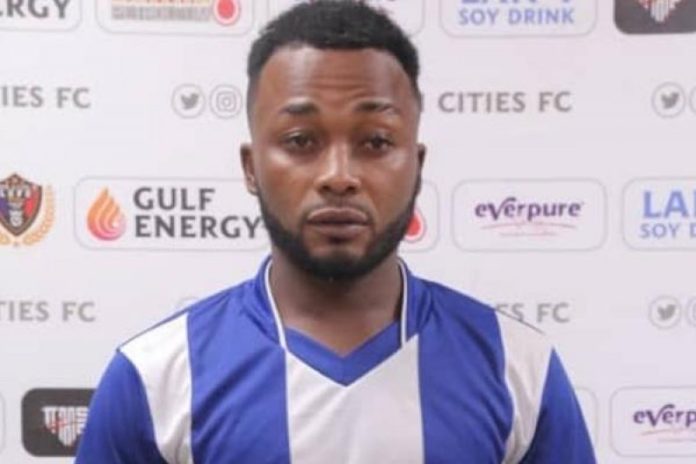 Gladson Awako’s agent, Yusif Chibsah says the impasse between Hearts of Oak and Great Olympics over the skillful player would affect him psychologically.

The midfielder joined the Phobians this summer from city rivals, Great Olympics on a two-year deal, however, Awako has not featured for the Phobians due to an array of complexities with regards to his transfer.

The player in the past days had expressed worry over where he belongs to, as Great Olympics and Hearts were currently engulfed in a legal tussle due to breaches in the agreement signed.

Chibsah told the GNA Sports that the situation would affect the player but his experience in football would see him through when returns to playing.

He said, “Obviously it is going to affect him psychologically but he is experienced and mature enough to handle the pressure.

Chibsah remains resolute Awako would l churn out excellent performances. “I believe he will easily turn things over with splendid performance when he joins the team back”.

Though the Black Stars player is a registered player with Hearts of Oak, it is not clear which team he will play for this season.