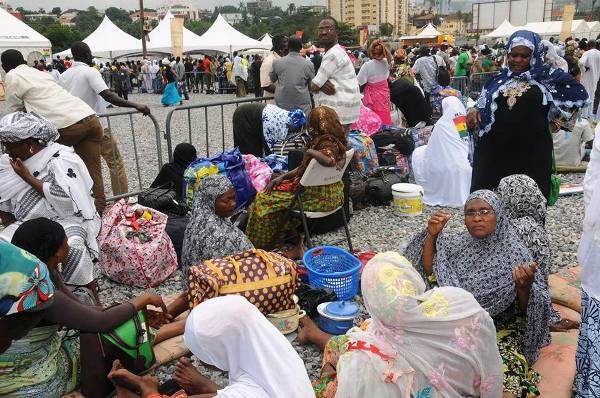 It has been the Will of God, the Great and the High, that the messages of His prophets would guide mankind till the Day of Judgment. It has also been God’s Will that Islam remains the true religion which connects the earth with the heaven; a religion which was sent to all mankind and the Jinn; a religion that is for all times, all peoples and all nations, a religion brought to mankind by all the divine prophets of God from the time of the first man and prophet, Adam.

For this, God Who is All-knowing gathered in Islam all those qualities that better the affairs and lives of man, such qualities that position mankind above almost all the visible creatures of God, such qualities that could make man attain peace, hope, security, tranquility, happiness and goodness in their worldly lives – in all fields of their personal or social dealings, giving them the good tiding about their final abode in the Hereafter; all the results are assured if they adhere to the teachings of Islam and observe its rules and regulations.

One of the qualities that Islam enjoins specially is shyness. Shyness is an exalted quality which Islam took much time to explain. It is a quality which does not only bring completeness and honour to the one who wears it but it ensures security from contracting filth, faithlessness, loss, sloth and weakness.

Shyness is part of manner which inspires one to keep away from bad things in word and in action. It prevents from deficiency towards the right of whom the right belongs to. It, is in other words, a change and breakthrough which makes a man fear what could bring fault or sin or regrettable consequences to him or her. It is a stark possession of the soul which leads to observing the right of a man for himself, for mankind and for God, the Almighty. That is to say, it makes a man observe the three fundamental rights in life. It also leads to abandoning all those things that may bring evil repercussion on one and the society.

Many Islamic scholars have defined shyness in different words. Imam Al-Hafiz said that it is a form of solemnity which implies moderation of one’s extremity and restraining from useless talks with the fear of its consequences. According to him, it is a praiseworthy character as long as it is not done out of stutter or weakness or even hypocrisy.

Ibn Maskawi defined shyness as “abating the soul for fear of approaching unsightliness and caution from calumniation and abuse. He holds that it is one of the excellences which may come under or before abstinence. Iman An-Nawawi went further to observe a narration from Abu Al-Qasim Al-Junaid – may God have mercy on him – that shyness is the seeing of the blessings and failure between which the quality of shyness is born. Therefore, according to him, shyness is a condition of the mind which is born from the sight of two matters: seeing of blessings and seeing failure.

But such is a very special quality of shyness from God since man does not know all blessings and failures.

It is enough to note that shyness is a quality of the mind so ennobled and exalted that God, the Lord of the Worlds Whom we adore in secret and open bears it too. Salman Al-Farsi (r.a) reported the Prophet (SAW) to have said in one of his authentic Ahadith: “Verily your Lord is shy and generous. He is always shy to return the hands of his servants calling on Him empty – without anything.”

Nonetheless, it must be explained that the shyness of God towards his servants is a unique one which cannot be comprehended or encompassed by men’s bound brain. This type shows God’s kindness, fairness and generosity. It indicates His magnanimity and freehandedness upon a servant who raises his hands, invoking God from the soul and knowing fully well of God’s ability to answer him. God feels shy to turn such servant’s down or punish an old man who spent his life dedicatedly to God in Islam.

This quality is of two kinds: instinctive and acquired. The acquired has been made by Islamic law as part of faith. Abu Hurairah (r.a) narrated that the Prophet (SAW) said: “Faith has a few above sixty ramifications and shyness is part of it.” This refers to the acquired which one can nurse until it becomes instinctive. As for the Prophet (SAW), he had gathered both kinds of shyness, as he was so even above a virgin who is always cautious. A proof is a narration from Abu Saeed Al-Kudri (r.a) who said: “The Prophet (SAW) of Allah was more cautious than a virgin in shyness.”

Al-Manawi observed also that shyness is of two types: instinctive which every man is created with like the one people feels over being naked or having sexual intercourse in the public; and spiritual which curbs a believer from committing unlawful thing out of fear of only Allah even in the secret.

The companions of the Prophet who were the best models for the believers after the death of Prophet Muhammad (SAW) were all shy in their lives. Abubakr As-Siddiq (r.a) while admonishing a congregation once said: “O you Muslim community, feel shy of Allah (wherever and whenever) because by He in whose Hand my soul lies, I remain covered with my clothes while easing myself out of shyness of my Lord, the Mighty and High.”

The loss of shyness amongst mankind is the cause of the many problems facing the world of today. Women now move about nearly half naked. Many Muslim women wrap themselves in the guise of wearing hijab. Proper adornment and modesty are lost. They wear perfume to public places. They shamelessly mix freely with men, shaking hands in a proud and undignified manner. Men and women play romantic music and watch shameful sex movies in secret-public places. Some parents, in the name of civilization or globalization, allow their children and wards to mix with strangers of questionable character at schools, markets, neighbourhood or recreational parks. Let’s conclude with this word from our noble Prophet (SAW) who said: “If you feel no shame, then do as you wish.”

No doubt, if this quality is adopted by believers which most people claim to be, the world will be a better place for equity, fairness, faithfulness and tranquility. May God grant us the privilege to wear it and be known for it. Ameen.