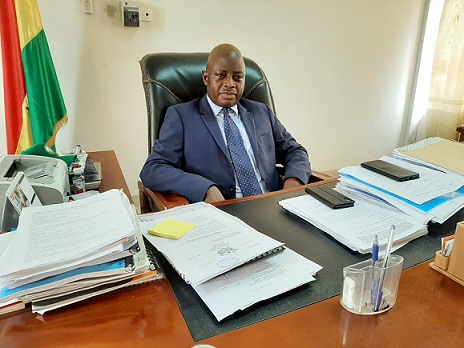 Mr Stephen Yakubu, the Upper East Regional Minister says the security situation at Zebilla in the Bawku West District has drastically improved as compared to the past three months.

He said the security in the entire Region had been beefed up following the formation of a new Regional Security Council (REGSEC) which had so far put measures in place to curtail the hitherto high crime rate at Zebilla.

Mr Yakubu, who is the Chairman of REGSEC, said this in an interview with the Ghana News Agency (GNA) in Bolgatanga to respond to some security concerns raised by Mr Cletus Apul Avoka, the Member of Parliament (MP) for the area.

Mr Avoka in an interview with the GNA described the security situation at Zebilla as terrible and called on Government to reinforce it.

He said the Bawku West District Security Council had strategized, “We have done some few changes among the security capos in Zebilla and that has actually helped us to resolve the issues there.

“So strategically, when these issues happened about three months ago, a lot of measures have been put in place and since then, we have not had these kinds of insecurity in Zebilla and we are still monitoring the situation.”

He recalled that the Inspector-General of the Ghana Police Service, Mr James Oppong-Boanuh was recently in the Region and took note of all logistic constraints, “Since then, a lot of things have changed.

“We have a new Regional Police Commander, we have more Police Officers and even in Bawku, we have a new Divisional Commander to help us curb the then uncontrollable security situation in the Region,” he said.

The Upper East Regional Police Public Relations Officer (PRO), Assistant Superintendent of Police (ASP) David Fianko Okyere who corroborated what the Minister said, told the GNA that they had vehicles for patrols in the District.

“In the Zebilla Constituency, we have vehicles and motorbike patrols. It is not only vehicular patrols that we are doing, we do foot patrols because there are certain communities that vehicles cannot have access.”
On the issue of Neighbourhood Watchdog Committee, the ASP said Zebilla used to have one of the best Neighbourhood Watchdog Committees in the whole Region, but after sometime, there were some challenges with their operations.

“We are working at reviewing the Committee and very soon it will become very active once again. In fact processes have started. Members of the community, the youth, who are interested, have submitted their names and we are working on that,” he said.

ASP Fianko Okyere assured residents in the Region, especially Zebilla, of maximum security, and urged them to volunteer relevant information to the Ghana Police Service to assist in their investigations.