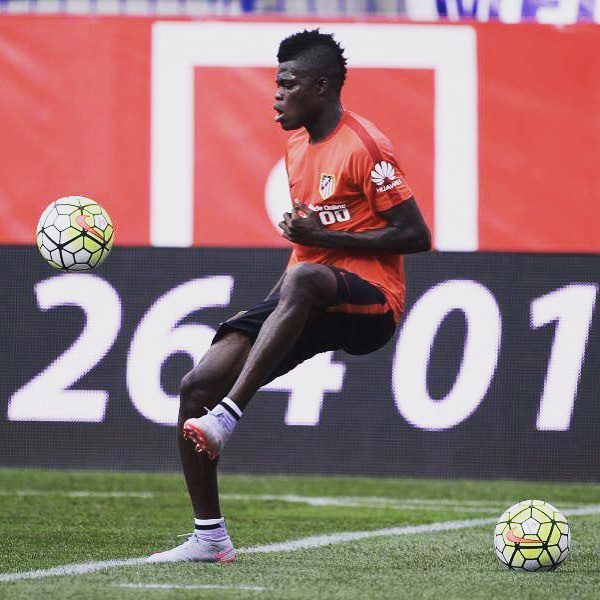 Ghanaian youth midfielder Thomas Partey has returned to training at Atletico Madrid after injury ruled him out of the La Liga opening week during the weekend.

The 22-year-old resumed training on Sunday after being kept on the sidelines since suffering an injury in his last pre-season game.

Partey watched from the stands at the Estadio Vicente Calderon on Saturday as Antoine Griezmann scored an 16th minute goal to secure an unconvincing 1-0 win over Las Palmas.

The former Tema Youth midfielder tells GHANAsoccernet.com he has resumed training after sitting out for close to 10 days.

?I picked an injury during the last pre-season game and couldn?t be in the team but I have resumed training today [Sunday],? he said.

Partey is widely expected to remain at Atletico Madrid for the 2015/16 season despite massive interest from other clubs.