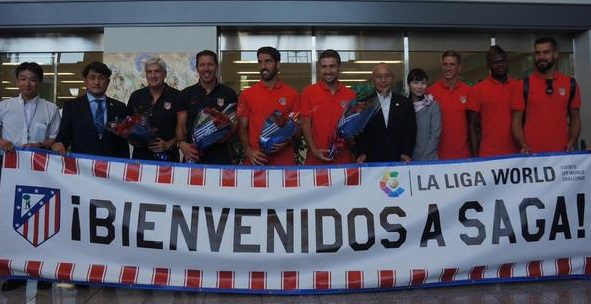 Ghanaian midfielder talent Thomas Partey is gelling well at Atletico Madrid and look set to hold down a place in their squad as he is excelling on pre-season.

The 22-year-old is with Diego Simeone?s first team squad in Japan and has featured prominently in the club?s pre-season campaign.

?Pre-season is going fine and I?ve already played games here so everything is going well,? he told GHANAsoccernet.com.

Partey has been linked with a loan move to La Liga side Getafe but it appears he is going to remain with the former La Liga champions for the 2015/16 calendar year.

The former Tema Youth starlet has had loan spells at Real Mallorca and Almeria ? where he scored four goals last season.

No Land In Tema For Agenda 111 District Hospital Project