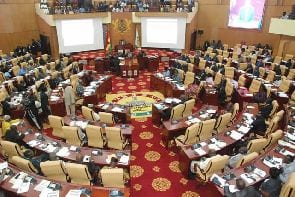 The recent development in Ghana clearly shows that, our politicians are not ready to do the work that we have entrusted them to do, and for which we use the tax payers money to pay them and ensure that they live a life far better than what a lot of us dream about.

If it took just a day for all the street lights on the adenta-madina road to be fixed due to public outcry on the menace on that road, then this clearly shows that our politicians know exactly what to do but are refusing to do it.

Over decades now, Civil Society Organizations (CSOs), the Media, and many well meaning Ghanaians have been advocating for the passage of the Right To Information ( RTI ) Bill into law. RTI is described as a People’s Law because it gives the ordinary citizen the power to demand transparency and accountability from people in authority that are paid with the tax payer’s money and are expected to work for or provide services to the citizenry.

It really saddens my heart as the political class is obviously not interested despite the RTI being a constitutional imperative.

Access to information is a basic human right, yet Ghanaians are forced to beg the people that they voted into office to seek their interest to do so.

The lackadaisical attitude being put up by Members of Parliament to this bill is heartbreaking and not worthy of the trust and mandate we have entrusted to them.

The whole process had to start again by the 6th Parliament but was never passed despite further and most extensive review and debates.

This 7th Parliament received yet another fresh (further reviewed) bill after intense crusade for the President to honour campaign promises as well as recent public promise to pass it.

We heard the Majority Leader, Osei Kyei Mensah Bosu, say they were being rushed into passing it and that they were not going to take that. Another majority MP, K.T. Hammond, also said passing the Bill into Law was going to grind government business to a halt and leave the presidency without secrets.

According to Samson Lardy Anyenini, a senior Journalist and a Legal Practitioner, “That’s a fat lie as most information at the presidency is generally exempt. Guess what? All information generated in public office is generated with taxpayers money by people paid, housed, fed and transported by the taxpayer yet these citizens should not be entitled to same as of right?”

Just recently, some members of the Ghanaian media fraternity, again formed a coalition to push for the passage of the Bill.

Known as the Media Coalition on RTI, the group said it was determined to embark on a series of activities, including demonstrations, to force the passage of the Bill into law.

The coalition planned to protest in Parliament last Tuesday but was denied entry into Parliament. This has made other observers accused successive governments of paying lip service to ensure the passage of the Bill.

The most recent assurance came from the Speaker of Parliament, Prof. Mike Oquaye, who expressed confidence in the ability of the house to pass Bill in the final session of 2018.

The question now is;
*Whether we (the citizenry) working for the MPs or it is rather the MPs that working for us?
*What is their fear in passing the RTI Bill?
*What are they afraid of indeed they are on the right path?

It is the responsibility of your MP to tell you what decisions he/she is taking on YOUR behalf in parliament. The MP is not in parliament to seek his/her personal interest or agenda. He is there to represent YOU. This makes your MP your MESSENGER to parliament. He/she is there to deliver YOUR MESSAGE (representation), make laws that YOU want (legislation) and ensure that the President (Executive body) performs well and limit their excesses (oversight).

So ask yourself how many times YOUR MESSENGER comes back to report to you on the work he/she is doing on YOUR BEHALF?

From the above, it is crystal clear that many, if not all, of our MPs are NOT doing what we voted and are paying them to do.

“If access to information is YOUR RIGHT, if your MP is to REPRESENT YOUR INTEREST, then it is YOUR RIGHT to call your MP now and demand the passage of the RTI,” according to Gilbert Boyefio.

The time to ACT is NOW.

HAVE YOU CALLED YOUR MP