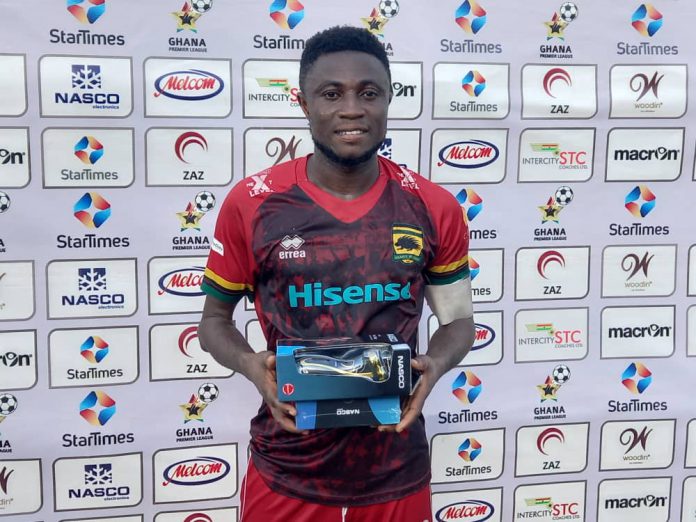 Asante Kotoko Captain Emmanuel Gyamfi remains optimistic about their league title ambition despite losing 1-0 to their arch-rivals Hearts of Oak in the latest ‘Super Clash’ encounter played on Sunday.

Kotoko’s hopes of annexing their 24th league title was dented by a solitary strike from Daniel Barnieh Afriyie gave Hearts all three points to move three points clear at the top of the table.

Speaking at a post-match presser, Gyamfi who captained Kotoko on the match-day said that the defeat had dealt a huge blow to their title ambition but they would not give up as there were three matches left.

“It was a very difficult game but I think the better side won. We came into the game to win all three points but we lost but everything is possible.

“The league is like a marathon and not yet over and three matches ahead of us. Everything is possible in those matches because a loss for Hearts could see us catch up on them, so for me, the title race is still on,” he said.

Kotoko face off against King Faisal in their next league encounter as they try to bounce back to winning ways next week.