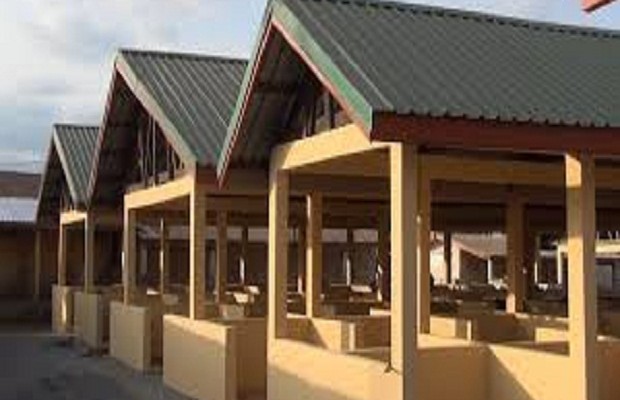 DAILY GUIDE has gathered that market women at Nkawkaw, the municipal capital of Kwahu West Assembly in the Eastern Region, have abandoned a new market built by the government, saying the structures had been poorly built.

According to investigation conducted, the market was to accommodate traders who sell their foodstuffs and other wares at the Agbogloshie market in Accra to reduce congestion.

Some of the women who spoke to Agoo FM said the new place lacks logistics and space that could contain all of them, adding that since the market was not well roofed, they are driven away whenever it rains.

DAILY GUIDE further learnt that the Nkawkaw market was therefore being used by cabbies as a taxi rank.

According to the market women, the space allotted to each of them is four feet square, which they said could not even take one table.

Meanwhile, some roofs of the market have been ripped off whilst bush has grown all over the place.

The assembly member for Asuogya electoral Area, James Effah, confirmed to Agoo FM that the assembly strategically constructed the market for the women to ease congestion. He added that it has been fenced to prevent robbers from entering it, and appealed to the traders to go there as the assembly would soon do some maintenance works there.