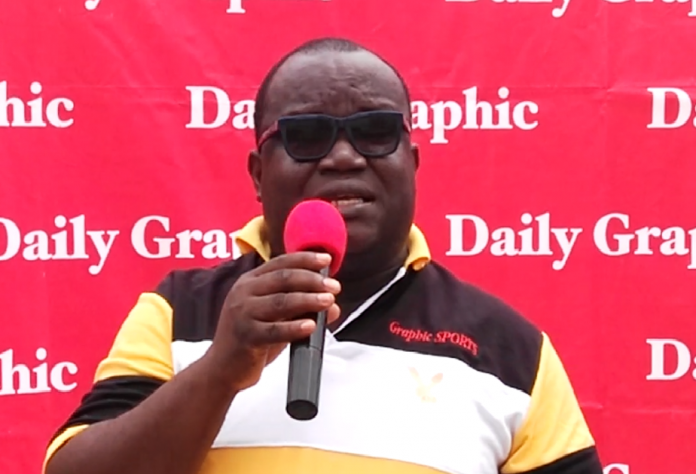 Unionised staff of the Graphic Communications Group Limited, publishers of the Daily Graphic newspaper and other subsidiary newspapers, considered to be the flagship newspaper industry in Ghana, have called for a swift intervention by the appropriate bodies to save the company from collapse.

“Graphic Communications Group Limited is in serious crises now, so the appropriate bodies should intervene to prevent the worse from happening” the source lamented.

Graphic’s current problems are numerous, hence the need for the government to intervene before the state-owned newspaper eventually crumbles, our source said and warned
“If the current management continues in office, Graphic Communications Group Limited will collapse, so a quick intervention is needed to salvage the situation”.
Information is that the state-owned publishing company is in turbulent times following the resignation of as many as 15 experienced workers last year.
Those who resigned included prominent journalists and marketing officers such as Kofi Yeboah, William Asiedu, Andy Quao, Stephen Tsikata, and Shirley Acquah Hanson, who was the Director of Marketing before she quit the company.

Recently, another worker, Michael Twum Barima from the advert unit has also tendered in his resignation yet management seems not bothered about filling the huge gap thus created by the mass resignation.
A source close to the Union executives who is pleading anonymity indicated that factors such as lack of motivation, discrimination with regards to promotions, lack of proper working incentives for many of the workers as well as autocratic tendencies of management, among others, compelled the said employees to resign from the company.

According to the source, the factors that forced the 16 members to resign from the company still persists and even compounded, since many more workers of the company, especially in the editorial and marketing units, are also planning to resign this year.

The situation, according to the source, had created much tension and agitations among the workforce, which is likely to explode if the government fails to delve into the matter.
The situation has been attributed to the incompetence of the current management of the company which is accused of creating myriad of challenges which undermine the accelerated development of the company.

Last year the company is said to have written off a staggering GHc700,000 debt owed Graphic by some companies at a time that the working incentives and remuneration of most of the workers are appalling a situation which can force the company into the ditch.

According to the source “management’s weird policies of failing to collect debts owed the company for reasons difficult to understand had also been crippling the fortunes of the company, thus undermining its revenue generation to keep the company afloat.
The source said as much as GHc25 million debt had been piled up at a time management found it difficult to pay the salary of workers.

As evidence of incompetence and lack of planning, the company is now paying as much as GHc49,000.00 cash to Comsys as monthly internet services, when Vodafone is prepared to provide similar services for Graphic at a cheaper cost for better internet services.
The aggrieved unionized staff source also disclosed that last year, management used a total of GHc40,000.00 of the company’s scarce resources to purchase direction signs and eventually discarded them, before selling them as scraps , thus creating huge loses to the company.

The source likened Graphic’s present situation to the Animal Farm novel, where some few at the top level of management are enjoying massively, whilst those at the base of the company’s structure, who do the difficult work, are always ignored to starve to death.

It further stated that the payment of mid-year bonuses has been cancelled, the editorial sections of Graphic’s regional branches such as Ashanti, Brong Ahafo and Tamale, have no vehicles to undertake editorial assignments while complimentary papers provided the workforce had been withdrawn.

It said in spite of the financial distress the company is experiencing now, management members had been purchasing brand new vehicles at the least opportunity at the expense of the company. The source also wondered why management keep on recruiting new workforce after declaring redundancy and paying huge sums of monies as redundancies.

It said as part of management’s inefficiencies, it had now adopted a barter system of trade where the paper take unwanted items from companies in exchange for adverts in the newspaper because the company is unable to adopt a strategy to collect its money from those companies.

According to the source, Graphic is now poorly packaged and the decision by management to make one company, the main distributor of Graphic in the Ashanti region and others parts of the country, were having adverse effects of sales.