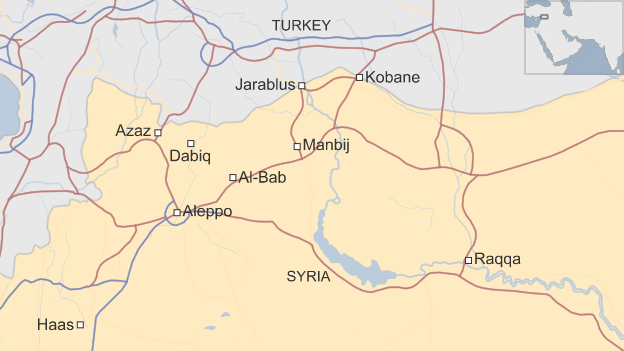 As Turkey ends its months-old military operation in Syria without fully achieving its targets, analysts interviewed by Xinhua argued that it is best for Ankara to exit after leaving the territory captured to the Syrian government. 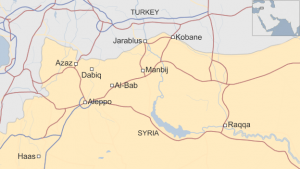 “Turkey should hand over al-Bab to Damascus by a deal and withdraw its troops at the earliest for national interests,” remarked Haldun Solmazturk, chairman of Incek debates with the Ankara-based 21st Century Turkey Institute think tank.Backed by the rebel Free Syrian Army militants, Ankara launched a military offensive into Syria last August to push the Islamic State (IS) away and prevent the emergence of a Kurdish corridor along its border.Turkish troops in Syria have secured an area of around 2,000 sq. km after capturing in February the town of al-Bab which is around 30 km from the Turkish border.

There is no sense for Turkish troops to remain in the captured zone, stated Sait Yilmaz, a security and foreign policy analyst, who noted that Turkish plans in Syria have gone wrong.He maintained that Turkey’s military operation aimed to create an autonomous area for Sunni Arabs, but that no longer looks possible.Earlier last week, Turkey’s National Security Council headed by President Recep Tayyip Erdogan stated the Euphrates Shield Operation in northern Syria was “successfully completed.”The statement came just one day before U.S. Secretary of State Rex Tillerson arrived in Ankara for talks. Turkish Foreign Minister Mevlut Cavusoglu told the media following Tillerson’s visit that Turkey does not plan to withdraw troops at the moment.

Reducing the number of troops and other issues can be considered only when local forces become strong enough to take control of the areas now under Turkish care, the minister was quoted by the Hurriyet daily as saying.Ankara had made it clear that the towns its troops seized in Syria will be handed over to local people rather than the Syrian government forces.Turkey is training Syrians to serve as security forces in the towns captured, while work to rebuild the towns has also been undertaken by the Turkish government.Turkey’s military offensive has managed to block the emergence of an uninterrupted Kurdish corridor along the border. It is widely argued, however, that Turkey stands no longer any chance of stopping the emergence of a Kurdish entity in Syria.

The Kurdish entity is now a reality and there is nothing Turkey can do about it any more, said Solmazturk, a retired general in the Turkish military.Turkey is particularly concerned that the emergence of an autonomous or independent Kurdish formation in northern Syria may set a precedent for its own nearly 20 million Kurds and encourage Kurdish separatism at home.Top turkish officials repeatedly vowed until recently that Turkey was determined to drive out the Kurdish militia in the city of Manbij to the east of the Euphrates River.

Turkey’s military operation in Syria was blocked in early March by U.S. and Russian forces, as the U.S., Russia and the Syrian government cooperated to deter a Turkish advance against Manbij by deploying troops around the Syrian city.Manbij lies about 30 km to the west of the Euphrates River and is strategically important to unite the two Kurdish cantons that lie to the east of the river with the third Afrin canton in Syria’s northwest.The area Turkey seized in Syria is a piece of territory, around 90 km in width, which separates the two united cantons on the eastern part of the river from Afrin. Al-Bab is situated between Manbij and Afrin.Turkey sees the Kurdish militia, the People’s Protection Units (YPG), as the Syrian offshoot of the outlawed Kurdistan Workers’ Party (PKK) that has been waging an insurgency against Turkey for over 30 years.Turkey had said earlier it would not tolerate the YPG presence on the western side of the Euphrates, declaring it a red line.

Turkey would not approve of faits accomplis in the region, Prime Minister Binali Yildirim said in a televised interview on Saturday, noting such moves would simply worsen the situation in the region.Defense Minister Fikri Isik said Turkey could launch another military operation in case of threats emerging against its national security, a statement echoed by President Erdogan on Monday.Turkey may still attempt to negotiate with the Syrian government and Russia over a Sunni zone to save face at home, argued Yilmaz, who lectured at various Turkish universities.Solmazturk does not think Russia and Iran, staunch supporters of Damascus, would be willing to be part of such a deal.”Even if Turkey were to make a move for cooperation, Russia and Iran would avoid that, because they have no trust left in Turkey as they have seen Turkey could swiftly change views,” he said.

A prominent Russian lawmaker expressed satisfaction with Turkey’s decision to end its military operation in Syria, which he described as illegitimate.”We at no point collaborated with Turkey’s operation, as it was never conducted in coordination with the Syrian government and for this reason was wholly illegitimate. Due to it being an illegitimate operation, it’s good that it has been ended,” Konstantin Kosachev, chairman of the Foreign Affairs Committee in the upper chamber of the Russian parliament, was quoted as saying by komnews.com.”Turkey’s wrong policies have led even the U.S. and Russia, which have totally conflicting interests in Syria, into cooperation against the Turkish position,” said Solmazturk.”Turkey entered into Syria, but is now trying to figure out how to get out of it,” he added.

Turkey’s ruling party, the Islamist Justice and Development Party (AKP), has long been accused by the opposition of pursuing a sectarian policy in Syria that is contrary to its own national interests.The Turkish government supported until last summer rebel groups fighting to topple the Syrian regime. The AKP and Erdogan still refuse to cooperate with the Syrian government which they see as illegitimate.In contrast to many others, Soner Polat, a retired general who headed the Turkish General Staff’s intelligence unit, is of the opinion that Turkey’s military operation should be considered a success in that it has blocked the unification of the Kurdish cantons.He also admitted, during an interview on Ulusal TV on Saturday, that Turkey has gotten stuck in a dead end due to wrong policies when Turkish troops’ move toward Manbij was blocked by the U.S. and Russia.

Polat suggested that Turkey should get in touch with the Syrian government to establish a front against the YPG, arguing such a cooperation would not only legitimize Turkish troops’ presence in Syria, but would also win the backing of Iran and Russia.It is widely believed that Syria would settle for a Kurdish autonomy to maintain the country’s territorial integrity.A strong autonomy for the YPG is in the cards, observed Yilmaz, arguing Syrian President Bashar al-Assad has to reach a deal with the Kurds as his military has been greatly weakened by years of fighting.Turkey has totally lost its capacity to realize any plans in Syria by pursuing a sectarian foreign policy, maintained Solmazturk.

In his view, Turkey has contributed to the possible disintegration of Syria by offering support in the past to rebel groups despite the fact that Syria’s territorial integrity is in Turkey’s national interests.The dismemberment of Syria could also pave the way for Turkey falling apart, many fear.Kemal Kilicdaroglu, leader of Turkey’s main opposition Republican People’s Party, also questioned whether the military operation had really served its purposes, saying “It’s debatable whether the Euphrates Shield has achieved its goal.”Speaking to the Birgun daily on Sunday, he accused the government of deeply damaging Turkey’s prestige by having in the past allowed radical Islamists, including IS members, to pass on to Syria and Iraq via Turkey.

Despite Turkish protests, Russia supports the YPG’s participation in the Geneva peace talks to resolve the Syrian conflict, while Washington sees the Kurdish militia as a reliable ground force against the IS.The U.S. has also recently provided the Syrian Democratic Forces dominated by the YPG with heavy weaponry ahead of a U.S.-led offensive against the IS stronghold of Raqqa in Syria.In response to questions about U.S. military support to the YPG during his Ankara visit, Tillerson simply said that the talks with Turkey on the issue would continue and that the issue is a difficult one.

Raqqa will be put under YPG control as well after the IS is defeated, said Yilmaz, who feels Russians don’t want the U.S. to emerge as the sole protector of the YPG. The U.S. has built several military bases in the Kurdish cantons on the eastern part of the Euphrates during the civil war. Helicopters and transport aircraft have carried U.S. special forces as well as weapons for the Kurds thanks to the bases, according to reports in Turkish media.For its part, Russia has recently established a military base in the Afrin canton in obvious support to the YPG to deter apparently a potential Turkish military move.

Anything You Truly Desire To Achieve Is Possible – Pascal Wilpers