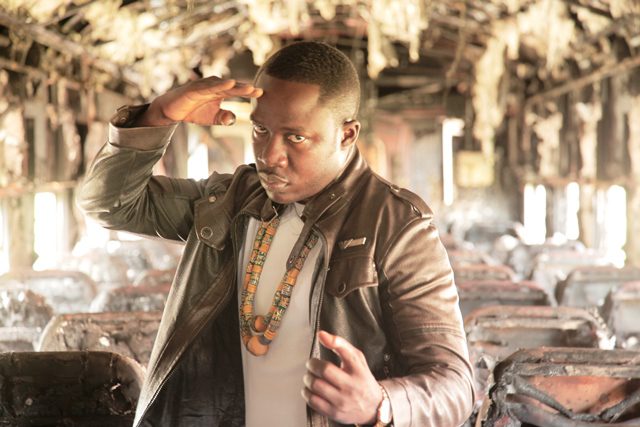 Eclectic rapper, Kinkon has launched his dreams of becoming a regular fixture in Ghana?s music industry with the double release of two new singles, ?Piano? and ?Kingkong?. Whereas ?Piano? is more of a feel-good hiplife tune which talks about the pursuit of ?Ghana girl?; the latter, ?King Kong? is more of a hard hitting hiphop track which sees the rapper claiming his position.Although Kinkon hopes to make his most commercial impact on the industry yet, he is not entirely new to music in Ghana.? Real name Emmanuel Kudjoe, Kinkon was born in Efiekuma in Takoradi to Mr and Mrs Kudjoe but originally from Agavenya (Somanya) in the Eastern part of Ghana. ?Kinkon?s musical talent was realized at the age of nine when he started playing musical instrument at church.

Kinkon surfaced on the Ghanaian music scene professionally in the year 2009 when he released his first single ?Would You Marry Me? coupled with other singles which paved the way for him to perform alongside Akon on the 29th independence day of the republic of Sierra Leone in 2010. He decided to stay oversees for a while.Kinkon is finally back in Ghana and this time with a bang he says.? According to the rapper, the musical journey hasn?t been easy but his source of sustenance has been God Almighty.? He said, ?I am now ready to take the world by storm with my versatile style of music.

I do Hip hop, Hip life, Afro beat, Pop and contemporary Gospel music. My two new singles ?Piano? and ?King Kong? show that I am back, bigger and better as an artist, and fans need to expect nothing but good music full of dope lyrics that carries the truth and fact of everyday life.?Kinkon also hinted that videos for both singles are ready and would be released very soon.