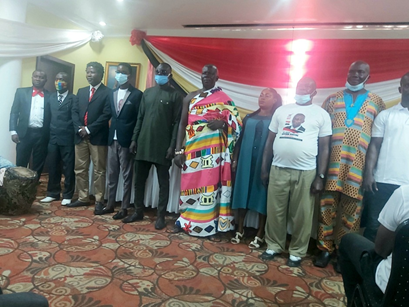 The United Front Party (UFP) has endorsed Nana Agyenim Boateng, founder, and leader of the party, as its presidential candidate for the 2020 general elections.

The party also out doored its national executives and manifesto at the national delegates’ conference held in Kumasi on Tuesday.

Speaking at the conference, Nana Agyenim Boateng said the party would win most of the seats in parliament and also win the presidential seat due to some solid structures it had put in place.

However, he could not introduce the parliamentary candidates of the party, even for the Ashanti region, where the congress was held.

Nana Boateng said the party would make agriculture very attractive by giving priority to other cash crops apart from cocoa, which he claimed, had been over-prioritized by previous governments.

On education, the flag bearer underscored the need for professionals to be trained using local dialects other than the English language.

Solidarity messages were read by representatives from NDC and All People’s Congress (APC).