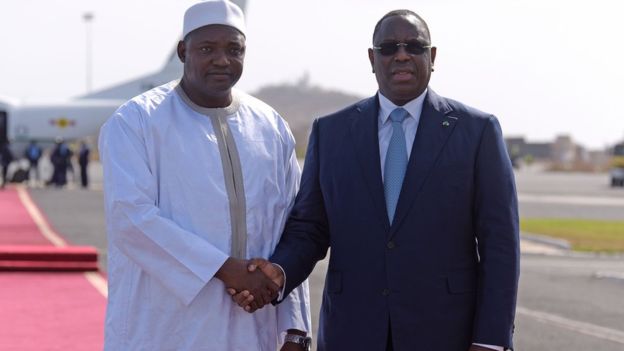 UN Secretary-General Special Representative for The Gambia, Mohammed Ibn Chambas, plans to have further discussions with Gambia’s new President Adama Barrow in the Gambian capital of Banjul, said a spokesperson here on Thursday.

UN Spokesperson Stephane Dujarric told a daily briefing that Chambas arrived in Banjul earlier on Thursday and will meet with the president, the speaker of the national assembly, the diplomatic community and civil society organizations in the country.

“He will assess how the UN Office for West Africa can best assist the political transition,” said Dujarric.

On Jan. 19, Barrow was sworn in as new Gambian president at the Gambian embassy in Dakar, capital of Senegal. He is now back to the Gambian capital.

Barrow won Gambia’s presidential election on Dec. 1, 2016. However, his election win was challenged by former President Yahya Jammeh who had refused to cede power to him.

Under the mediation of West African countries, Jammeh has recently agreed to step down and leave the country. Enditem