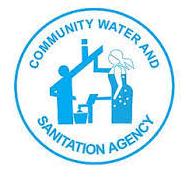 The activities of illegal miners is not only affecting surface water quality but underground water as well, Mr. Wolanyo Kwadjo Siabi, the Chief Executive Officer of the Community Water and Sanitation Agency has indicated.

“Underground water which over the years have been described as the safest, had had its quality compromised with traces and continual rise of minerals such as arsenic, manganese and fluoride particularly in mining Communities”.

The CEO who made this known to Journalists during a working visit of CWSA Board members, said water coverage now stood at 62.06 percent as against 65 percent in 2016, which called for massive intervention on the part of all stakeholders to salvage the situation.

Mr Siabi said: “the rapid destruction of water bodies by illegal mining activities has indeed affected underground water, costing the CWSA huge sums to build treatment facilities for most of our pumps and pipes”.

He indicated that “the excess minerals notwithstanding, climatic conditions are also affecting water quantity and if strategies are not adopted, indeed the next war in the case of Ghana will be water war.

“Indeed, as part of the Sustainable Development Goals, we all have to ensure that water quality is standard”.

He explained that previously water quality of most systems were not monitored due to the wrong assumption that ground water, the most used water source had constant quality, “but, now it is not so due to high levels of iron, manganese, fluoride, arsenic, hardness and salinity which has course the Agency to also revise its intervention measures”.

He said for instance, water sources which were contaminated with arsenic materials could affect fertility of humans and the intelligent quotient of children.

Mr. Siabi, a Member of the Order of Volta, said the country and for that matter the two Regions of the West were not in water crises yet, though the cost of treatment kept soaring.

According to him, the Western North has water coverage of 65.7 percent while the Western Region covers 55.54 percent.

He said the Agency had also built water treatment plant in most of their operational areas to improve upon quality.

He said the government had acquired some facilities for the treatment and expansion works of most facilities that belong to the Agency.

Mr Siabi said the government, in 2009, acquired a World Bank facility of $90 million, while in 2017 another $45.7million from same bank was secured to rehabilitate systems, which were not functioning.

Again, the British government, he said, also provided 30 million Euros for some districts in Ashanti, while another $3.8million covered the Volta Region, with the government also providing $35million to improve water systems as part of the reformation processes in the sector.

The CWSA under its current reforms hope to become a utility provider, while paying attention to the needs of the pro poor in communities that they operated.

The CEO said the reforms were also to help solve the challenges of accumulated electricity bills, which have led to the non-operation of many of their systems.

The Reforms since 2017, have helped to improve upon the management of pipe water systems by professional staff nationwide.

Mr. Siabi said the reforms would ultimately save the huge public investment in water infrastructure from deteriorating and create a common pool of resources for the operations and maintenance of existing water supply systems as well as providing new ones to needful Communities.