The United Nations Population Fund (UNFPA) Ghana, on Thursday, partnered the Ghanaian Association for Women’s Welfare, to organize an advocacy and sensitisation on Female Genital Mutilation (FGM) for the Nima Zongo community in Accra.

The programme, which was also in observation of this year’s International Day of Zero Tolerance for FGM, was on the global theme: “Translate Political Decisions into Concrete Actions at the Grassroots to reach the Goal of Zero Tolerance to Female Genital Mutilation by 2030”.

She said there was, the need to sustain efforts on all fronts to ensure its complete elimination.

Others are injury to adjacent tissues, painful sexual intercourse, sexual dysfunction, difficulty with childbirth, anxiety, depression and even death.

She said the negative impact of the act went beyond the victim and trickled down to the community, nation and the world at large.

Victims, she said, may drop out of school and face child marriage, curtailing their education and hampering their contribution to the socio-economic development of the country, while others may be unable to actively participate in the workforce due to ill-health.

Ms Goldson said despite the existence of a law to deter the practice of FGM, it was still being performed in certain areas in line with tradition and social norms to ensure that girls were socially accepted and marriageable.

She said; “the FGM Act 741 entitled Criminal Code (Amendment) Act 2007,” provided for imprisonment and, or fines for both the circumciser and those who request, incite or promote excision by providing money, goods or moral support, adding that, a perpetrator, was liable on summary conviction to imprisonment for a term of not less than five years, and not more than 10 years.

Ms Goldson warned that FGM was also a violation of the human rights of women and girls, contravening established principles, norms and standards including non-discrimination on the basis of sex, the right to health, physical integrity and life, as well as the right to freedom, from torture or cruel and inhuman treatment.

She stated that while FGM was on decline in Ghana and globally, complete elimination required sustained efforts, from dialogue and actions that engages families and communities, to protection and care services for girls and women, advocacy for laws and their enforcement, as well as political commitment at the local, regional, national and international levels.

She called for more attention to be paid to the cross-border angles where some girls were taken into neighbouring countries to undergo the practice in order to escape the law in Ghana, and also “the internal cross-border aspect where migrants from practicing communities continue to engage in the act in their new settlements, hence our engagement within this urban community today.”

She called on the religious, traditional and community leaders, security agencies and the media to educate and sensitise as well as ensuring that the perpetrators were prosecuted.

Mrs Getrude Eunice Maasodong, the President of the Ghanaian Association for Women’s Welfare, said a startling revelation at the African Union conference in 2017 showed that, perpetrators had devised a new form of mutilation using hot water and shea butter to press down the clitoris of baby to suppress its growth, and feared that most children would grow up with the deformity.

She said between 2000 and 2001 the rate of FGM had dropped to 3.6 per cent leading to a global applause for Ghana’s achievement, but the gains made was being eroded by the lack of funding for sustainability of advocacy and community education, with a UNICEF survey in 2011 revealing that FGM had gone up to four per cent.

She recounted how her association had worked hard over the years through advocacy, sensitisation and education campaigns to reduce the high rate of FGM, and played a key role that brought about the enactment of the law.

Mrs Maasodong called for more support from stakeholders to end FGM in Ghana. 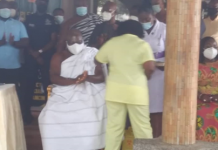 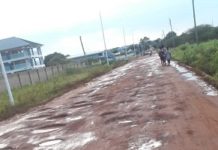 Residents of Sekondi Takoradi express confidence in the vaccine 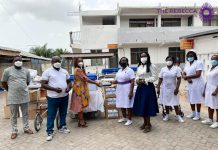