I  appreciates the opportunity to comment on the Department of Labor’s notice of proposed rulemaking regarding the application of the Fair Labor Standards Act (FLSA) to domestic service. I welcome the Department’s move to narrow the companionship exemption and ensure that basic minimum wage and overtime protections apply to the hundreds of thousands of workers whom agencies employ to provide caregiving services to people with disabilities and to the elderly in their homes. I also welcome the proposed rule’s provision for more stringent record-keeping requirements to ensure that live-in domestic workers are properly compensated for the hours they work.
Home care workers provide essential services to people with disabilities and to the growing population of aging individuals who require assistance with their basic needs. Their jobs impose significant physical demands, entail tasks of the most intimate nature, and require odd hours and the endurance of periods of considerable stress. Despite the exertion, skill, and commitment they bring to their work, full-time home care providers, many of whom are heads of households, bring home earnings that may not keep their families from poverty.[i] In addition, home care workers contend with limited job-related benefits, forcing some to rely on means-tested government programs such as food stamps and Medicaid, and leaving almost all without retirement plans. The inequity that workers who care for others’ family members often find themselves unable to care for their own family is indeed startling. The low wages of workers support a $70 billion industry in which for-profit home care businesses claim 30 to 40 percent of the proceeds.[ii]
The exclusion of this workforce from basic labor protections undermines the fulfillment of core human rights obligations of the United States, including obligations related to eliminating gender and racial discrimination. As the notice of proposed rulemaking recognizes, the home caregiving workforce is predominantly female and disproportionately made up of immigrant women and women of color.[iii] Under the International Convention on the Elimination of All Forms of Racial Discrimination, which the US ratified in 1994, the government is obligated to undertake to guarantee without discrimination everyone’s rights to work, to just and favorable conditions of work, and to just and favorable remuneration.[iv] In reviewing US compliance with the treaty, the United Nations Committee on the Elimination of Racial Discrimination (the “Committee”) observed that “workers belonging to racial, ethnic and national minorities, in particular women and undocumented migrant workers, continue to face discriminatory treatment and abuse in the workplace, and to be disproportionately represented in occupations characterized by long working hours, low wages, and unsafe or dangerous conditions of work.”[v]
The Committee commented specifically on the US Supreme Court decision in Long Island Care at Home, Ltd.  v. Coke (2007), which found the regulatory exclusion of home care workers from FLSA protections to be permissible under the statute. The Committee expressed concern that the decision, along with two other labor-related rulings, had “further eroded the ability of workers belonging to racial, ethnic and national minorities to obtain legal protection and redress in cases of discriminatory treatment at the workplace, unpaid or withheld wages, or work-related injury or illnesses (arts. 5 (e) (i) and 6).”[vi] I believe that the proposed rule will go far towards expanding the limited access to redress that the Committee feared was leaving workers exposed to abuse.
By promoting the recruitment and retention of a qualified caregiving workforce, the change will also prepare the US to comply with the Convention on the Rights of Persons with Disabilities, which is now awaiting Senate ratification following President Obama’s signing of the treaty in July 2009.  The treaty recognizes the right of persons with disabilities to live independently and the government’s obligation to ensure they “have access to a range of in-home, residential and other community support services, including personal assistance necessary to support living and inclusion in the community, and to prevent isolation or segregation from the community.”[vii] As the population requiring access to home caregiving is expected to rise, the home care industry will need to add 800,000 new workers by 2018 to meet the demand [viii] The availability of those workers will depend on the industry providing reasonable wages and conditions of work.
These changes are also timely as they come at a historic moment of global recognition of the rights of domestic workers. Last June, the governments, trade unions, and employers’ organizations that make up the International Labor Organization (ILO) overwhelmingly voted to adopt the ILO Convention on Decent Work for Domestic Workers. The US played a leading role in pushing for the convention, which establishes the first global labor standards for the estimated 50 to 100 million domestic workers worldwide, the vast majority of whom are women and girls. Although the US has yet to ratify the new treaty, it is fitting that the administration is now seeking to ensure that basic labor protections apply to this important workforce within the US.
I recommend the Department of Labor move forward with the changes outlined in the notice of proposed rulemaking. Together they represent an important effort toward fulfilling US human rights commitments, an investment in the future of providers and recipients of caregiving services, and a long-overdue step to correct discrimination and unfairness in the workplace.
Sincerely,

[i]According to a Paraprofessional Healthcare Institute (PHI) analysis, in over two-thirds

of states (34 states), average hourly wages for Personal Care Aides in 2010 were below 200

percent of the federal poverty level wage ($10.42/hour) for individuals in one-person 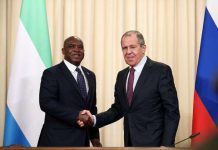 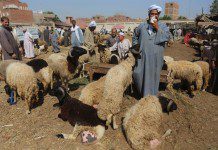