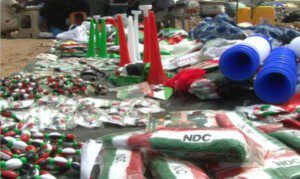 There were long queues at some polling stations that the GNA visited and at the Choggu West polling station in the Tamale Central Constituency, 34 people had voted as at 0800 hrs out of 932 persons on the voters’ register.

Mr Abdul-Rahman Karim, Presiding Officer for the Choggu West polling station, told the Ghana News Agency that voting started at 0700 hrs but the process has been slow, which resulted in many complaints.

At the Tishegu Central Mosque polling station, Iddrisu Mohammed Rabiu, Presiding Officer, said all the electoral materials were ready and voting was ongoing but complained that some electorates were trying to jump the queue.

Mr Mohammed Saani Latif, Presiding Officer, told the GNA that the combination of three polling stations into one had created difficulty in getting names of voters easily on the voters register and stressed that the names of the voters were not also serialized.