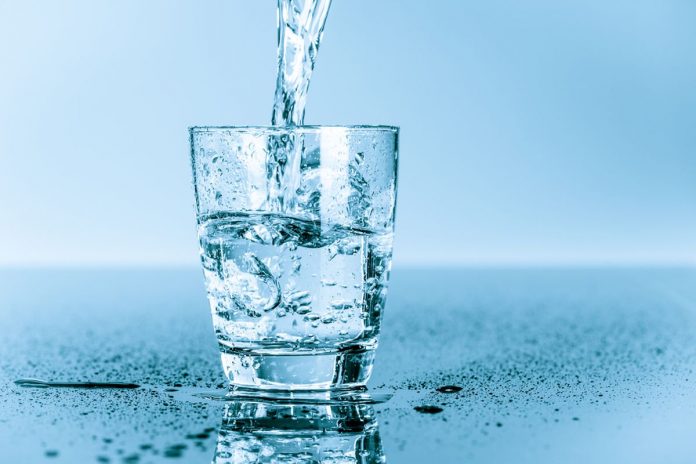 Battling a pandemic and the worst economic crisis in a decade, residents of Epworth, a town south-east of Zimbabwe’s capital Harare find themselves saddled with yet another challenge.

Like in most of Zimbabwe’s urban areas, water has become a scarce resource in the poor settlement, forcing locals to trek to unsafe wells to collect the precious liquid.

With an estimated population of 152,000, according to the 2012 census, Epworth lags behind in terms of the provision of basic services such as roads, clean water, and sewer systems.

Without access to tap water, residents rely on wells, which usually dry up during the dry season, leaving them in an unbearable predicament.

The acute shortages of the precious commodity have caused untold suffering to women and children – who are usually the primary drawers of water for household consumption.

So dire is the situation that many people are now drinking water from unprotected sources, posing a health risk that leads to outbreaks of water-borne diseases such as cholera and dysentery.

Faced with water challenges and with no other alternatives, an unlikely place is now providing relief to the struggling residents – a disused pool from an abandoned quarry mine.

The pool, known as the ‘Pool of Death’ by locals due to the number of lives that have perished in it, has since become the primary source of water for residents of Epworth and other surrounding areas.

According to local estimates, hundreds of people have died in the pool by accidentally drowning, by committing suicides, or by being murdered and then dumped into the pool.

Despite the fact that the pool has claimed many lives over the years, it has become a lifeline for the water-starved residents.
With containers in their hands or in wheelbarrows, every morning, groups of women, some with young children strapped in their backs, troop to the pool to fetch water or to do laundry.

George Mutawo, an Epworth resident, said although the dam has a negative reputation, it has become a lifeline for many residents.

Mutawo said owing to erratic rains received in the past season, most wells have dried up leaving families in an unbearable predicament.

“We received erratic rains this season. The boreholes and the wells that we depend on are now dry. That’s why so many people are coming to the dam to fetch water,” he told Xinhua.

Mutawo said they are now worried over their health as people are now using the contaminated water for drinking.

Fungai Nyikadzino, another Epworth resident, said the water shortages have become unbearable, and many residents now spend a lot of time searching for water.

“We are experiencing acute water challenges. Here at this dam, we are getting water to wash clothes, for dishwashing, and for bathing. For drinking, we buy water, 10 (Zimbabwe) dollars (about 0.15 U.S. dollars) a bucket.

Nyikadzino said owing to the water shortages in the community, many residents have resorted to extreme rations of water, limiting how much water they drink, wash, and how they use the toilet.

“We hope authorities will drill boreholes for us here in Epworth because the ones we have here are too few,” she said.

Another resident, Jestina Kambanje said although the dam has become a relief for Epworth residents, it poses a major threat of drowning to children.
“We are afraid that our young children might drown while fetching water at the dam,” she said.

Evans Matsika said the water situation has become dire, resulting in some people walking for two or three km every day to quench their thirst.

“We are wasting a lot of time collecting water. Instead of doing other productive work, fetching water has become our main activity. There is no development, we are just surviving from hand to mouth,” he said.

Matsika said water shortages are making it impossible to adhere to hygienic conditions required to contain the spread of diseases.

“We are expected to wash our hands after using the toilet, but we end up using dirty recycled water to wash our hands, making us prone to cholera,” said Matsika.
He said the shortage of water is also making it harder to fight the spread of COVID-19.

Residents also increase their risk of exposure to the coronavirus each time they venture outside their homes to collect water from community boreholes or at the dam.

Water woes are not affecting Epworth residents alone. An economic crisis stretching for over two decades has seen a collapse of Zimbabwe’s water infrastructure due to a lack of expansion to match a growing urban population.

The acute water shortages have also been worsened by one of the worst droughts to hit Zimbabwe in years.

The situation is desperate, as is evidenced by severe water rationing in Harare, and the recent outbreak of water-borne diseases in the second largest city Bulawayo.

While efforts have been made to avail water to more urban communities through the drilling of boreholes around the country, the boreholes are not enough to meet the growing demand. Enditem

Igbo King in Ghana, Dr. Chukwudi Ihenetu to commemorate a decade of enstoolment