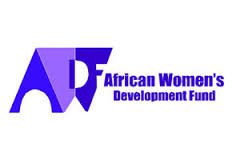 They argued that women are confronted by a wide range of challenges in the working environment, including generally poor physical infrastructure, low access to credit facilities, multiplicity of taxes to local authorities and regional trade barriers, which impeded the growth and expansion of their businesses.

Thus leaving many women in a state of stagnant growth and in a vicious cycle of poverty, in spite of the extensive contributions to their national economies.

The call was made in a new report entitled, “Accelerating the Contributions of Market Women and Regional Development in West Africa”, which analyses the conditions of market women in four West African countries made up of Ghana, Liberia, Sierra Leone, and Nigeria.

Ms Theodosia Sowa, the Chief Executive Officer of the African Women’s Development Fund, at the opening of a two-day validation workshop in Accra, said the findings of the research revealed that market women often stood on the margins of economic decision-making from where they lacked voice and visibility.

Their contributions, she said, received insufficient official acknowledgement to their national economies.

She said market women interfaced with local authorities through their established leadership structures, but these were often dominated by men, of which respondents to the study had mixed views regarding the effectiveness of market administration.

She said the study was conducted by a team of researchers commissioned by AWDF, in collaboration with the Sirleaf Market Women’s Fund, a Liberian-based international, independent, charitable organisation.

Therefore, Ms Sowa said, the study aimed to boost support for market women and to recognise the pivotal role played as development stakeholders on the continent.

It also aimed both to provide enhanced data to inform and propose entry points for stronger policy responses to support market women effectively in playing their roles as development stakeholders, she said.

According to Ms Sowa, the study represents another milestone in achieving gender justice for those women who still experienced marginalisation despite their immense contributions to the economies of their countries.

She said it also identifies three main channels through which market women could strengthen their voice and advocate for policy changes, internal market associations, mainstream labour organisations and national and regional advocacy, as well as rights-based organisations.

Ms Sowa said the report again singles out development partners as being particularly well placed to support market women by enhancing their coalitions and network-building.

In this regard, the fact that market women serve as an integral part of the expanding informal economy in countries across West Africa, and in some cases trade beyond their national borders, presents opportunities for enhancing their contributions to regional development.

The report recommends the adoption of a regional lens, relevant for policy formulation in the interests of market women, whilst acknowledging the significance of the launch of ECOWAS Free-Trade area in 2010.

It, therefore, calls for additional policy interventions to streamline cross-border trading procedures and address specific challenges facing women who are engaged in this trade.

Other recommendations include supporting the establishment of a West African Market Women’s Association, to facilitate on-going dialogue with policymakers, expanding and adapting the SMWF model to the four countries to respond to some of the challenges identified by market women through the research, investing in training for market women leaders, and the institution of a scholarship scheme for their children.

In a speech read for her, Nana Oye Lithur, the Minister of Gender, Children and Social Protection, commended the research team, AWDF, and its partners for the study.

She said the Government had already taken the lead by initiating several interventions geared towards supporting gender equality and women’s economic empowerment.

She cited the establishment of the Women’s World Banking for institutional credit for women and the Microfinance and Small Loans Centre (MASLOC), as typical examples to provide, manage, and regulate funds for microfinance and small scale credit schemes and programmes.

Representatives from countries including Nigeria, Liberia and Senegal also shared their country experiences with participants, for better understanding of the situation on the ground.