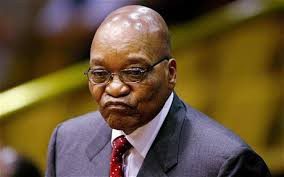 The terse Ghanaweb.com news article was captioned “Boko Haram Gives South Africa 24 Hours To Stop Xenophobia.” It was sourced to Mzansidaily.co.za. Until now, I never heard of the latter presumable media organization. But one thing is bizarrely clear; and it is the apparent fact that even the most vicious Islamist terrorist organization in West Africa believes that the virtual open season of deadly xenophobia being allegedly orchestrated and perpetrated by some South African urban youths against resident nationals of other Black-African countries is inexcusably depraved and morally untenable.

Indeed, it would be laughable if the leaders of the Hausa-Fulani terror machine were themselves not inexcusably notorious for orchestrating and perpetrating far more brutal and depraved acts of mayhem and carnage, including suicide bombing, the abduction and raping of underage schoolgirls. Of course, Boko Haram is also notorious for genocidal murders and assassinations packaged and labeled in the name of religion. The Muslim god, Allah, that is. And until very recently when they made the global media headlines for abducting some 200 adolescent schoolgirls in the northeastern Nigerian state of Borno, otherwise known as the Chibok Girls, the Boko Haram had largely trained the crosshairs of its deadly use of force on Christians and the government of Africa’s most populous country of some 170 million people.

And so it is not clear whether the Boko Haram ultimatum emanates from the scandalous dearth of appreciation of the fact that its deadly use of force is practically and decidedly not different from that of its youthful and more loosely organized counterparts on the ballpoint tip of the African continent. To be certain, Boko Haram’s application of deadly force is far more senseless than what is currently raging in South Africa against Black non-South African immigrants. It is far more senseless because the Boko Haram mayhem combines striking elements of xenophobia with pure collective and individual self-hatred. The self-hatred aspect, of course, inheres in the fact that in recent months, the bulk of Boko Haram attacks have been directed against Nigerians of Hausa-Fulani descent, the same ethnicity as most of the known leaders of this globally notorious terrorist organization.

Then also, most of the recent Boko Haram victims have been Nigerians of the Islamic faith. And so it is not clear precisely how and why the Boko Haram leaders believe themselves to reserve the moral authority to not only lecture their youthful South African counterparts on the unpardonable wickedness of xenophobia, but even more quaintly to presume to stop the Zuma Boys in their tracks. Of course, by “Zuma Boys,” I do not mean, in any way, to personally imply either the direct or indirect involvement of the South African leader in the anti-immigrant hostilities raging in his country. Still, we need to also highlight the fact that President Zuma may well have induced, either deliberately or inadvertently, the sort of deadly attacks being unleashed daily against non-South African immigrants of continental African descent in some of his pronouncements on landed property ownership and the ownership of business enterprises by foreign nationals in the post-Mandela South Africa.

I am hereby strongly suggesting that the South African leader may well have set the tone and climate for the apparently brutal decimation of recent Black non-South African residents. President Zuma is also widely known to be a rabid ethnic chauvinist who wantonly misappropriated his country’s taxpayer monetary and other capital resources to gentrify both his own private residence and the private homes of the residents of his home district, to the invidious exclusion of indigenous South African citizens hailing from other parts of that mineral-rich country. In other words, if President Zuma could so blatantly and unconscionably discriminate against South African nationals who do not hail from his part of the country, what makes him stand clear or innocent of charges of xenophobia of the kind being wantonly visited on Black non-South African residents.

In their cautionary note published by Ghanaweb.com, the Boko Haram movers and shakers want the world to know that: “If the South African government does not promptly contain the situation, they will execute all South Africans living in Nigeria, Chad, Niger and other surrounding [neighboring?] countries, even the [diplomatic employees] of the South African embassies in these African countries.” Now, that is head-scratchingly funny, were the dear reader to ask me.

I couldn’t, however, resist the temptation of wondering why the Boko Haram leaders had not issued a similar warning to those National Democratic Congress (NDC) thugs in Ho, Ghana’s Volta Regional Capital, who primitively heckled Dr. Mahammudu Bawumia, the Vice-Presidential Candidate of the main opposition New Patriotic Party (NPP), and savagely prevented the former Deputy-Governor of the Bank of Ghana from addressing a waiting audience there last week. Or is it because Nana Akufo-Addo prefers to grandstand against President Jacob Zuma, of Africa’s second most powerful economy, than take a well-deserved dig at Messrs. Jeremiah John Rawlings and John Dramani Mahama for making Ho and the Volta Region the Durban and Heibron of Ghana?