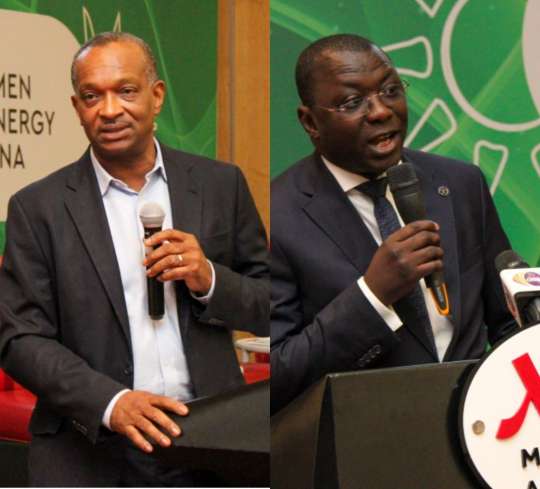 Mr Kweku Awotwi, the Executive Vice President of Tullow Ghana, an oil production company, has described the representation and participation of Ghanaian women in the energy sector as “depressively low.”

He quoted a 2018 Study on Gender Representation in the Petroleum Sector by energy policy NGO, Ghana Oil and Gas for Inclusive Growth, which said there were only three female chairs on 33 boards surveyed, with only five of them having more than one woman represented.

In addition, the United Nations Development Programme (UNDP) Gender Analysis Report 2018 stated that: “Women are primarily active in the lower-paid, non-technical fields such as administration, finance, marketing and public relations”.

Mr Awotwi was speaking on the topic; “Stakeholder Efforts to promote Gender Diversity at strategic Levels in the Energy Sector” as the Guest Speaker at the launch of the “Women in Energy Ghana Network” in Accra.

The global energy industry, he said, was far off from achieving gender parity.

He said the Global Energy Talent Index (GETI) Report, which surveyed more than 20,000 people across the oil and gas industry in 2018, indicated that women made up 10 per cent of the global energy workforce in oil and gas, renewables, petrochemical, power and nuclear sectors.

The situation was no different in Ghana with available data pointing to similar disparities, and that was obvious in the fact that Ghana was yet to have a female minister, substantive or deputy for the energy sector, he said.

For the gap to be bridged, he suggested that Science, Technology, Engineering and Maths education and programmes among women be supported and promoted to grow female human resource and build their capacity for complex fields of endeavour.

“How do we do this? We believe it is important to start early in the education process to encourage our young women in the sciences. That is why it is no mistake that Tullow supports the Africa Science Academy, a sixth form school for girls with outstanding maths and science potential,” he added.

He noted that the question of pay parity could not be left out when discussing gender diversity, as globally the gender pay gap within the energy industry remained relatively high, due in part to the traditionally male dominated nature of the sector.

“At Tullow, we employ a number of women geologists, geoscientists, petroleum and reservoir engineers. Beyond that, part of our targets includes raising awareness and reducing the gender pay gap, and I am pleased to say some progress has been made over the last three years to advance that agenda.”

Mr Awortwi said companies must be more deliberate about prioritising gender diversity to reap all its benefits.

He said the changing nature of the work place gave opportunities for new technologies, new roles, re-training, and tapping into the pool of technology-savvy young men and women, he said.