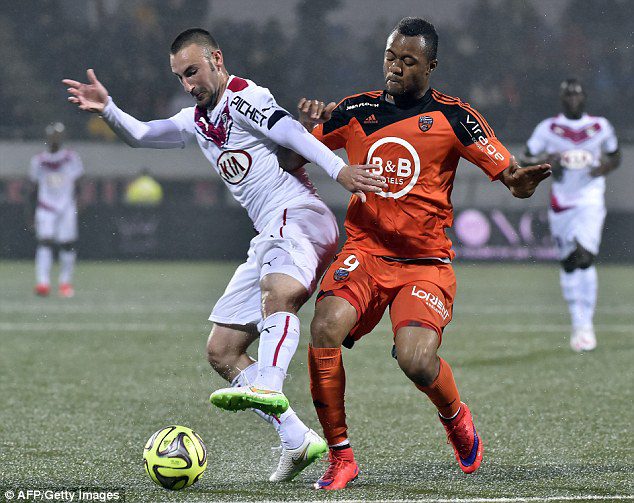 Ghana forward Jordan Ayew could join his brother Andre Ayew in the English Premier League after six clubs reportedly tabled offers to sign him from Lorient.

The 23-year-old bagged 12 goals in 31 appearances for Lorient in the just ended French top-flight and is prepared to follow his brother to the English top-flight.

His British representative Mark McKay said: ?Jordan has age and talent on his side. He?s a versatile forward who is quick and gets goals. I took Diafra Sakho to West Ham last season and I rate Jordan in the same bracket. He can have a big impact in England.

The Lorient forward has had enquiries from six Premier League sides and is available for ?5 million.

Former Ivory Coast coach Herve Renard who managed Jordan during his spell at Sochaux is also interested in taking the striker with him to Lille after taking charge.