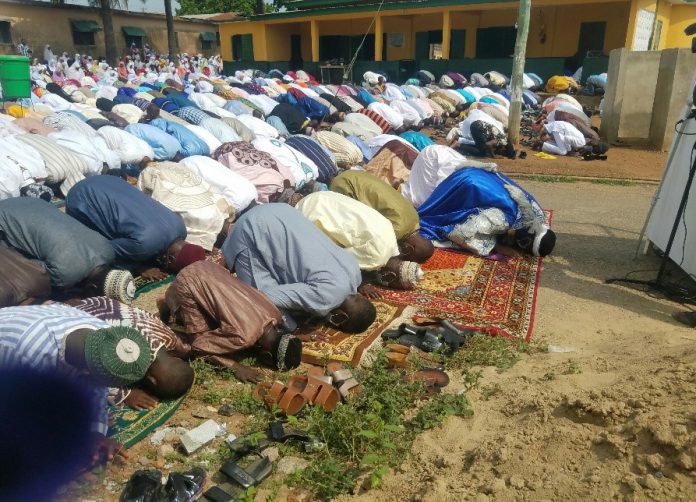 Humanists condemn the murder of a man for blasphemy in Abuja. According to a news report, some muslims killed this man, who belonged to a vigilante group, at the Federal Housing Estate following some exchange of words with members of the group.

As in the case of Deborah Samuel, a Christian woman killed for blasphemy in Sokoto in May, some Muslims mobilized and beat the alleged blasphemer to death. They later burnt the corpse. There has been no arrest of suspected killers of the alleged blasphemer. Recently, there have been rampant cases of blasphemy allegations in Northern Nigeria. People accused of blasphemy have been threatened, attacked, summarily executed, or imprisoned in Kano, Sokoto, Bornu, and now in Abuja. In most cases, perpetrators of blasphemy-related attacks go scot-free. They are not arrested. If they are arrested, they are not prosecuted. Even when they are arraigned, they are later discharged and acquitted.

In Muslim communities, those who attack or kill suspected blasphemers are treated as heroes, as defenders of the Islamic faith, not criminals. Thus, Muslims have no qualms killing any real or imagined blasphemers.

Muslims attack and murder alleged blasphemers with impunity because the Islamic establishment sanctions and sanctifies these savage acts. Muslim leaders enable these horrific abuses through their actions, inactions and reactions whenever these atrocities are committed. They make pronouncements and declarations to justify blasphemy-related murders. Muslim clerics openly and publicly call for the killing of anybody suspected to have disparaged Islam or its prophet. The Nigerian police and other security agencies have caved into pressure from jihadists and Islamists. They turn a blind eye to these killings because they do not want to offend the Islamic authorities. Many state officers are jihadists or Islamist sympathizers; they support the killing of those who make blasphemous statements. They regard killing a blasphemer as a religious duty that would earn them a place in paradise, not an offense against the state.

It is important to get the Muslim community in Nigeria to understand that blasphemy killings undermine Islam now and in the future. Muslims who kill suspected blasphemers are killing the religion of Islam. These horrific murders are not doing Islam any good. Blasphemy killings negatively affect the perception of the faith of Islam, and the treatment of Muslims across the country and beyond. These killings reinforce the notion that Islam is a violent religion, and that Muslims are intolerant. Blasphemy-related attacks are likely to provoke revenge attacks and retaliations against Muslims, especially in places where Muslims are in the minority.

Since Muslims easily interpret any statements or expressions as blasphemous and resort to attacking and killing those who made such statements, it will become increasingly difficult to freely interact, communicate, and exchange ideas, debate, or discuss with Muslims. It will be difficult for Muslims to preach, or be allowed to publicly present their religion. Muslim leaders should begin the process of reorienting their members and getting them to abandon this violent tendency and inclination to attack or kill any suspected blasphemer.