According to the leader of the youths, Mr Rockson Serwornu, the leaders do not account to anyone and in the process, they have brought upon themselves many law suits which were tarnishing the reputation of the area as an investment destination. 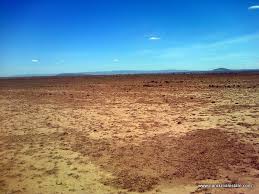 When the GNA contacted Mr Francis Fierty, Secretary of the Kudragbe divisional clan at Big Ada, he said the clan leadership has not breached any law or custom in its dealings.

He said they are paying legal fees to litigate in court because of boundary disputes and also to ward off encroachers.

He further stated that some of the proceeds from the land sales were used to build a divisional council hall complex as well as supported some needy but brilliant children of clan members.

Mr. Fierty said it was culturally unacceptable for the youths to demonstrate against their traditional leaders.

Encroachers on KNUST lands will face my wrath – Asantehene